What You’re Missing in First Class 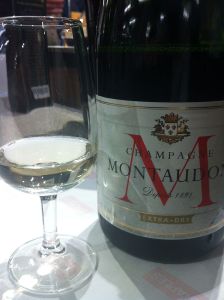 I have used miles (or paper upgrades) to upgrade to First and Business Class on several airlines, mostly United, Virgin America, US Scare, Hawaiian, and Alaska, but also many foreign airlines, like China Airlines, British Airways, Singapore Airlines, Ethiopian Airlines, and Thai Airways. Some are worth it, some are not. But here are some things that just might blow your socks off!

Showers I hear that Emirates Airlines has hot showers and lie flat beds. But the shower limit is 5 minutes!

A Bidet ANA has warm water bidets in first class. I would rather have more expensive champagne than warm water on my butt!

A Seat and a Bed The first class cabin on Lufthansa has both a seat and a bed, all in the upper deck of the 747, with a capacity of eight!

A Chauffeur Leave it to Qantas, perhaps since Aussies are such bad drivers? First class passengers get dropped off right at their gate, fast tracked through Immigration, and use a special boarding lane!

A Personal Suite Certainly Singapore Airlines has the best reputation of any first class in Asia. A 23 inch flat screen provides entertainment. That is, unless you book two of the suites in the center, push the beds together to make a double, and join the “mile high” club.

Champagne Oman Air and Qantas both serve Taittinger Comtes de Champagne in First Class. I would vote for this.

Bose Noise Cancelling Headphones Forget it, I have my own, whether I sit in First, Business, or Coach.

Toiletries I must admit, it is nice to be able to brush my teeth, shave, moisturize, and freshen up after a long flight.

A few things I have also experienced or received:

Hot face or hand towel before meals and prior to landing.

The first class lounge for some airlines are also quite well-appointed. On the spartan end are lounges of regional airlines, like Hawaiian. The other extreme is Singapore Airlines, which has great food (hot and cold), hot showers, toiletries, free drinks (alcoholic and non), and lots of media options. I hear Emirates has a great first class lounge. United is upgrading many of their Star Alliance lounges. Life is good in the fast lane!

One comment on “What You’re Missing in First Class”