What NOT to Wear on the Plane!

Posted by golfkat on March 5, 2014
Posted in: Travel. Leave a comment

You would think by now, after TSA rules, and just common sense, that passengers would dress appropriately for a plane ride. Conversely, there are people who probably go a little too far, and make their seat their own personal spa or retreat. So, what might these things be? And I certainly hope you are not one of them, names withheld to protect the guilty!

Uncomfortable Shoes Always in the eye of the beholder, as some of you may feel perfectly comfortable in your 6 inch heels. Did you ever think that you might have to evacuate, like the Asiana plane at SFO, run through burning grass, or dodging fire trucks? I have also landed on many runways and deplaning areas in SE Asia that are gravel or loose clay.

Flip Flops Enough said, see above. I know you want to show off your pedicure or toe ring, but really?

Complicated Shoes or Boots Can you see yourself behind some hipster wearing knee-high boots that have both laces and zippers up to the knee or beyond? That would be enough to make you miss your flight! Keep it simple! Slip on shoes are the best.

Fabrics That Don’t Breathe Save your S&M or Harley leathers for Sturgis or some other venue. This is an airplane, and nobody wants to sit next to a sweat hog. Or stinky leather.

Tight Clothing Ever hear of deep vein thrombosis (DVT)? Clots can form in your veins and lead to a potentially fatal pulmonary embolism. If you have this problem, wear compression stockings rather than form-fitting tights. Besides, most of the people I see on the plane in tight or form-fitting clothing should only wear them in the privacy of their own home, with the lights off, and the curtains closed.

Complicated Clothing Just remember, the bathroom stall, whether in first class or coach, is not Superman’s changing booth. Avoid body suits, long dresses and sweaters. Who wants to use their clothing as a mop on the lavatory floor?

Contact Lenses Of course, the plane is at least 10% to 20% drier than the air outside. Besides drying your skin and hair, imagine what it does to your eyes? Always carry some artificial tears for longer flights. If you must wear the contact lenses for your yet to be found dream boat, put them on just before landing.

Perfume and Cologne Is anything worse than sitting next to the woman who smells like a French house of ill repute? Or the hipster dufus with the 3 day old beard, trying to look like George Clooney or Brad Pitt with today’s latest cologne or after shave? Just use a mild moisturizer with a less than obnoxious scent. Whoo-ahhh!

Warm Weather Clothing Read this as too skimpy for the air conditioning in the plane. Layers are the key. Blankets are not always available, or available for a fee. Layers also mean packing less in your carry on. And besides, who wants to see your lobster colored sunburn after a week in Hawaii or Mexico?

Offensive or Inappropriate Clothing Keep your political statements in your carry on bag. And save your stripper outfit or sleaze ball outfit for your significant other. I hate torn T-shirts and jeans. And I dislike what is underneath even more!

Low Cut Dress and Hanging Jeans Again, as above, save this for the party you think you might have in your cheap motel room. This is an airplane, not the biker bar down the street.

Over the years of air travel, most of you would think I have seen it all. Some of the more obnoxious and smelly were the Grateful Dead, taking up all the seats in First Class on my flight to Denver. They were already a mile high before we got to Mile High. Some of the best were the college athletic teams, always well dressed and polite.

One interesting guy I sat next to thought he was Kevin Costner. He even wore his hair the same way, and sported the same worn down brown leather jacket. He proceeded to tell me and anyone else who would listen, that he was Costner. We all laughed, including the flight attendant. She went on the intercom to announce his presence, and he stood up and took a bow! On the other hand, one of the nicest trips I ever took cross-country was sitting next to actor Bob Duvall. Never once did he say he was an actor, and I did not realize who he was until the flight attendant told me as we deplaned!

Remember, the person you end up sitting next to on the plane could be me! At least, try to be civilized! 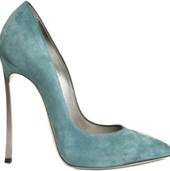