If you think the San Francisco Bay Area is highly populated, take a look at these megacities:

I have been to only two of these places, Tokyo and Seoul.  Both are quite dense, have great public transportation, and located in Asia.  In fact, all of these five megacities are in Asia.

We know that the cities in China are quite polluted.  So, where might we find clean air here in the United States?

I would choose any of the above EXCEPT Cheyenne.  Santa Fe has the most culture, and the best food.  St. George is great for its proximity to National Parks, Snow Canyon, and Nielsen’s Frozen Custard.  Prescott is not too far from Antelope Canyon, the Grand Canyon, and Lake Powell. 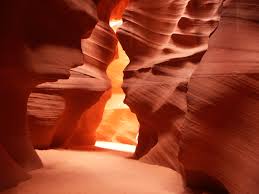 There has been an 180% increase in tourism to the Vatican mostly due to Pope Francis.

There will be 600 cities with a population of more than one million by 2015.  Back in 1800, only Beijing had more than a million people.

Speaking of Beijing, formerly called Peking, they had a DROP of 11% in foreign tourism, mostly due to the dirty air and the strange politics.

On a subject near and dear to me, Barcelona, Spain has the best bike share program, followed by Lyon, France, then Mexico City.  By the way, my goal of riding 1000 miles was reached earlier this month, despite spending most of May in Russia, without a bicycle or normal meal.

Speaking of bicycles, the number of bike commuters is increasing rapidly.  Portland, Oregon leads the way, followed by Minneapolis, Washington, DC, Seattle, and our very own San Francisco.  I wish I could commute to work on a bicycle.

The Siam Paragon shopping mall in Bangkok is the most instagrammed place in 2013, followed by Times Square (NYC), followed by, of all places, Disneyland in Southern California. My guess would have been anywhere in Las Vegas, Hawaii (any island), and Central Park in New York City.

And finally, where are the best places to get a buzz, you know, the cost of the daily grind, coffee, of course?