What Is So Great About Sea-town?

You are wondering why we visit Seattle so often.  You may also wonder why we are not moving here.  We considered it several times in the past.  We also thought of renting here temporarily until our new home in Clovis is done.  But poor Buddy is getting too old for long distance car travel.  So, in the interim, we will just visit, as often as we can.

What makes Seattle so appealing?  There is so much to do!  Here is another list, from Thrillist, with a few comments of my own, as usual.

1.  Being Outside-Seattle has only 80 days with rain or overcast.  But as I have said before, locals do not carry umbrellas.

2.  Being Casual-Jeans are welcome everywhere, but skinny jeans are required in some places!

3.  Ferries-Not the two-legged type, but the most extensive and picturesque ferry system in the country, perhaps the world.

4.  Drive-Ins-You must, at least once in your life, go to Dick’s Drive In for their burger and fries.  Period.

5.  Public Radio-Try KEXP, which even plays in hip New York City hotel lobbies.  And C89.5 is one of our country’s most popular dance stations.  It is run out of a high school, no less!

6.  Soccer-It must be boredom, so why is professional soccer so popular here?  They lost the Sonics, and the Mariners were preceded by a team that is now the Milwaukee Brewers. But they do have Clint Dempsey.

7.  Polar Fleece-Acceptable almost anywhere, and made from recycled materials.  North Face brand seems to be the most prevalent. 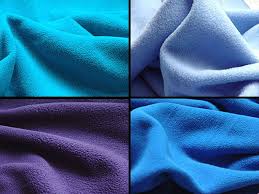 9.  Subarus-Why is this Seattle’s most popular car?  They are designed in Japan, and assembled in Indiana.  There are at least three parked on every block.

11.  Flannel-Hardly the Microsoft or Amazon image.

12.  Stadium Noise-Except when the hated Cowboys take it to the Hawks.  Impressive nonetheless, with a Guinness record.

13.  Coffee-More Starbucks here per capita than anywhere in the world.  But I still prefer Peet’s.

14.  Putting Off Major Infrastructure Projects-Another monorail in the 70s was never built, the waterfront tunnel is a mess, and they ended up with S.L.U.T., otherwise known as Seattle Lake Union Transit.   A great name for a great city.

15.  Friendliness-I think Seattle is the most friendly city in the world, yet it is not ranked that highly by most travel experts.

16.  The Weather-Yes, it sucks, but it is difficult to get anyone in Seattle to admit it.  Both Chicago and New York City get more rain.

17.  Summer-Is a great time here, if only they had some air conditioning or ceiling fans.

18.  Tech-Home to Microsoft and Amazon, and full of techies that hit the street at noon and 5pm.  Also, lots of gaming companies, start-ups, and biotechs.

19.  Salmon-They put it in everything, eggs Benedict, and tacos, pretty soon a martini.  But they are really good at throwing it around. 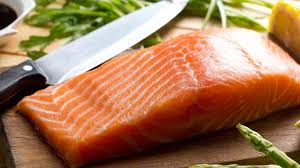 20.  Shopping-With all that money being tossed around, retail is a big deal here.  Our friends at The Finerie certainly know that.  You should too.  It is a great city to shop.

Have fun, we do!  And when it rains, it pours.  This is also Seattle restaurant week, with three courses for $30!!!!  We hit the jackpot, so to speak.