Most of us here in the USA saw how wonderful the city of Vancouver was during the Winter Olympics of 2010. That telecast certainly  enhanced the image that the world has of this great city.   Actually, Vancouver is all of that and more.  Let’s see why that is the case.

With slightly over 600,000 residents, it is only the eighth largest Canadian municipality.  It is hard to imagine that any Canadian city is as ethnically diverse, with 52% having a first language other than English.  And the greater Vancouver area has over 2.4 million people, making it the third most populous metropolitan area in Canada.  They have rent control here as well.

I will spare you the history of Vancouver, or Gastown, as it was originally known.  Vancouver became incorporated as a city in 1886.  And much like many other port cities around the world, the transcontinental railroad helped Vancouver became a vital trade route to the Orient, as well as London, and eastern Canada.  In fact, as of 2009, Vancouver was the busiest and largest port in all of Canada. 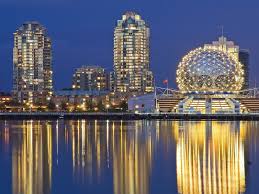 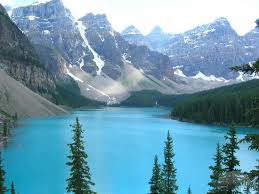 Forestry is the leading industry, followed by tourism.  And the film industry has made Vancouver a sort of Hollywood north.  Vancouver also routinely is named one of the five most livable cities in the world.  It has ranked in the top ten for five consecutive years.

One large black mark on Vancouver stems from World War 2.  Growing mistrust of Japanese was made worse by the attack on Pearl Harbor.  All Japanese-Canadians were either deported or interned, much like in the U.S.  I did not realize that Canada made the same egregious mistakes as the U.S.  The Canadians further exacerbated their mistakes by not allowing the Japanese to return to their communities.  Japantown ceased to exist as an ethnically Japanese community.

Interestingly today, Vancouver contains not one, but TWO Chinatowns.  Chinese are the largest visible minority and ethnic group in the city.  Clearly 30% of the inhabitants of the city are Chinese.  The influx of immigrants from Hong Kong in the 1980s in anticipation of their transfer from the UK to China made Vancouver their second most popular destination after Toronto.  Perhaps now we realize the problems that Hong-kies have with Chinese rule!!!

But mostly Vancouver has become the hippest city in Canada.  It rivals some of the great small cities in the world.  I would compare it favorably to both San Francisco, and Lisbon.  It definitely has a youthful edge, with style, and some brashness.  It is Canadian in its essence, with a hint of big city hip.  Can you describe it any better?
We plan to enjoy three days here after starting out in Seattle, Suncadia, and Prosser, Washington.  We hit some heavy rain on our way back into Seattle, but now the sun is out.  We found Suncadia to be quite an interesting place, with lots to do, and just pristine scenery.  We will be back!