Posted by golfkat on November 13, 2014
Posted in: Action, Travel. Leave a comment
Of the ten worst airports for delays, I have the distinction of having to regularly use many of them.  These include my former home airport, San Francisco (SFO), as well as Dulles Airport (IAD) in Washington, DC,  McCarran Airport (LVA) in Las Vegas, O’Hare Airport (ORD) in Chicago, and Denver International (DEN).  Fortunately, I do not use tiny, little Midway Airport in Chicago, which has the worst flight delays at 37.5% of the time.

However, during the winter, O’Hare Airport also in Chicago, can have delays of 42%.  Denver and Fort Lauderdale also have flight delays of at least one third.  Alternatively, Hawaii is the best for on time travel since the weather is generally good year round.   Florida ranks poorly since the flights often originate in cold weather locations.  Yet the cold weather airports like Minneapolis, Detroit, and Boston have fairly good on time statistics.  The list of best on time arrivals and departures is topped by Salt Lake City (a Delta hub) of all places!

World wide, the winner for most delays is Beijing.  Back here in the U.S., we had 3809 flight delays on average, and 392 cancellations. And Denver edged out ORD 121 to 116. Beijing had only 66.  Some airports with no delays were:  Warsaw (Poland), Chippewa, Kodiak, Laramie, Great Falls, and Dar Es’ Salaam.  Of course, some of these places only had one or two flights today! 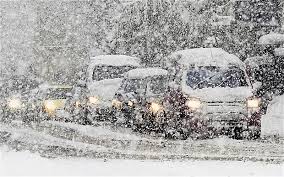 Logic should tell you that non stops will have potentially fewer problems, since hubs like ORD and DEN have the worst weather.  Often times, when booking, making a stop (aka direct flight), or a plane change (transfer) will result in a lower fare.  It will also result in a greater chance of delays.  Or in my case, missing the connecting flight altogether.

Imagine if you combine a bad airport with a bad airline.  That is a recipe to create THE TIP FROM H*LL!  That would be Southworst with a plane change at ORD or DEN.
The moral of the story is to keep your eye on your goal.  If getting somewhere on time is important, for a meeting or party, choose wisely!!!  My guidelines are:  Do not let price be the determining factor unless there is a big disparity.  Avoid hubs like Denver and Chicago in winter months.  Choose non stops over one or two stops.  Stay away from Southworst, except for in state travel.  Or just stay in Hawaii.