Posted by golfkat on February 14, 2015
Posted in: Cultures, Travel. Leave a comment
Yes, it is our only island state, with in fact, 132 islands.  It is surrounded by water, and does not have a single straight line border. The coast line is 750 miles long.  And yes, GOP and Donald Trump, President Obama is the only POTUS from outside of the continental United States.

And because of the almost constant volcanic eruptions, Hawaii is the only state that is still increasing land area, by 42 acres a year.  I would imagine that is a cartographer’s nightmare.

Ancient Hawaiians believe that the heavier a woman, the more beautiful she was.  They must have a real problem with obesity.

Only 7,000 people live on Molokai, the former leper colony.  And it is the only Hawaiian island I have not visited.

Everyone is a minority in Hawaii-there are no racial majorities. Haoles or Caucasians, constitute about 33% of the population, Japanese about 33%, Filipino-Americans about 16%, and Chinese-Americans about 5%. Most of the population has mixed ethnicities.  That begs the question, do they qualify as “native Americans”, and are they entitled to the same benefits as Native Americans on the mainland and Alaska? 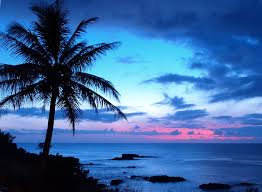 Hawaii is our southernmost state.  So much for all the typical Southern stereotypes.  And the wettest place on earth is Mount Waialeale on Kauai, with 476 inches of rain each year.  The highest cliffs in the world are located on Molokai.

Hawaii has its own time zone, and does not observe Daylight Saving Time.  Hawaii is  located 2390 miles away from the North American mainland.  It is 3850 miles from Japan, and 4900 miles from China. It sure does not stop their tourists from visiting!  But Hawaii is the second widest state, after Alaska.  It is the longest island chain in the world. And if you dig straight down (antipodal) from Oahu or Hawaii, you will end up in Botswana and Namibia. 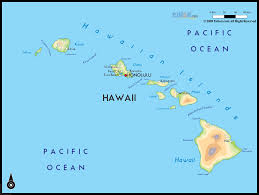 Do you wonder why Hawaii has no billboards?  They are outlawed, as they are in other states, like Maine, Alaska, and Vermont.

No building on the island of Kauai can be taller than a palm tree.  No mention of treehouses.

From the sea floor, Mauna Kea measures 33,476 feet, more than twice as tall as Mount Everest.

The macadamia nut is not native to Hawaii, as it came from Australia in the 1880s.  It became a crop in the 1920s.

Hawaii has the highest life expectancy in the U.S. at 81.3 years.  Hard to believe when they consume the most Spam per capita in the U.S. as well.  Hawaii has the highest percentage of Asian Americans (38.6%).  Hawaii also has the highest percentage of working women in the U.S.  It also has the lowest percentage of home ownership.
Honolulu is the largest city in the world.  It is stated in Hawaii’’s state constitution that any island (located within the region) not named as belonging to a county belongs to Honolulu.
So, there is more to this place than pineapples, flower leis, and mac nuts.  We love it here!  In fact, numerous friends of ours have purchased second or third homes here.  At on time, we thought about it, but were scared off by the limited health care resources on the outer islands.
PS:  I saw a Hollywood star on Friday, blonde, but could not place her name.  But we did see a Don Ho Ho Ho wannabee singing at a restaurant as we drove by, hopefully unnoticed.   It would definitely ruin my musical legacy.