Posted by golfkat on April 8, 2015
Posted in: Cultures, Entertainment, Food, Shopping, Travel. 3 Comments
Did you know that over 10 million people make the city of Paris their home? Better yet, did you know that “City of Paris” was once a big department store in San Francisco, located in the space now taken by Needless-Markup?  Despite the hordes of people, Paris, like many other large cities, manages to have a village or neighborhood feeling in certain places.  Think of places like North Beach in San Francisco, Gaslamp in San Diego, Wicker Park in Chicago, or Buckhead in Atlanta.

I always thought of Paris as a fashion center, though I do not participate I high fashion.  I think of Paris now, as the Eiffel Tower, the Louvre, and snobby people, who speak with funny accents.  And don’t forget the rude waiters!  And how about that Left Bank?  Maybe it is a tribute to all of us who are left-handed?

My goal for just an overnight here is to land safely, get to the Left Bank, visit the famous Impressionist dominated Musee d’Orsay, and head out to Champagne the next day after a brief tour of the Eiffel Tower.  And I guarantee there will be no visits to three star restaurants or trendy bistros.  Also, since the weekend flea market, Porte de Vanves, is not operating during the week, there will be no shopping as well. And no opera or ballet, Moulin Rouge or picky celebrity hangouts like nightclubs or techno bars.

Willi’s Wine Bar might be a better place to find me.  Willi was a former student of mine (just kidding) who decided to get out of Dodge, and chase his American dream in Europe.  But the bartenders and waitresses speak English, and they have over 300 wines on the menu!!!  Harry’s Bar is no longer the place to be, despite what Hemingway once pronounced.

But I want to do something illegal, if you know what I mean.  Well, legal in France, since they allow cheeses (fromage) to be made form raw, unpasteurized milk.  They claim it adds depth to the cheese, more flavor.  We shall see.  And the cheese must be paired with the ubiquitous baguette, in its chewiest condition.

I have saved the best for last, however.  Paris has a great municipal bike sharing program, called Velib.  The city is mostly flat, and bike lanes are plentiful.  It helps ease the traffic, and is a great way to see the city, with numerous drop off and pick up points, at places like the Eiffel Tower, the major museums, and metro stops.

Did you know that London and Paris fight like two overpaid lightweights in a Vegas boxing match? London claims to have over 16 million visitors for the first time, making it Europe’s most popular destination.  Even the mayor said London is without doubt, the greatest city on the planet.

Not to be outdone, the mayor of Paris, Anne Hidalgo, begs to differ.  London did have 16.8 million visitors, including 1.9 million of us Americans.  Perhaps it was a hangover effect of Putin’s silly Olympic Games in Sochi, or the birth of Prince George?  Paris only counts travelers from hotel registration data, whereas London’s projections were based on traveler surveys. 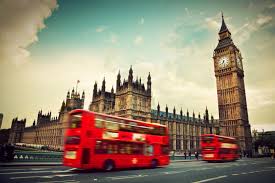 I say, who really cares!  Just decide if you want to visit a country that speaks English, or one (Paris) that will shame you if you do not speak the native tongue.  Experts say they each have a famous river, parks, museums, cathedrals, and towers.  Neither city is cheap, but public transportation is a better deal in Paris. 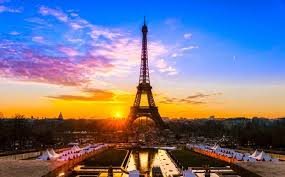 Of course, Paris wins the food battle with a long tradition of excellence and charm.  But London has improved, though it would be hard to prove by me.  I think the neighborhood Chinese restaurant is still your best bet in London.  I would say Paris is definitely prettier, especially at night.  So, like the surgically enhanced beauty queen from Venezuela, Paris wins the beauty contest.  London is similar to putting lipstick on a pig, that is rather old, and sometimes grand.

Personally, despite my prejudices for and against each city, both have treated me well.  When I visited in my twenties, my travels were certainly different than they are now.  I have seen the sights, events, and museums.  My favorite memory of London is attending Wimbledon.  My favorite memories of Paris are visiting the Louvre and Eiffel.  Now, I am happy to sit at a sidewalk café and watch life go by.  Which one do you prefer? 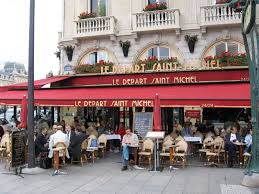