The Almighty Passport to the World

Posted by golfkat on May 31, 2015
Posted in: Action, Cultures, Entertainment, Travel. Leave a comment
I think I am now using my fourth or fifth passport.  I received my first one in 1971, prior to my first trip to Europe.  I actually found it last October when we were packing to move here.  My current passport needed additional pages prior to a trip in 2013 to Ecuador, and Colombia.  In its current condition, it resembles a small book, difficult to stash in a secret location, and so obvious whenever I carry it in my pocket.
Did you know that the number of US passport issued has 14 million in 2014, up from only 5.5 million back in 1996?

A passport seems to be relatively easy to acquire.  Perhaps that is why we have so many undesirables entering our country, either to become terrorists or mooch off of our social welfare system.  Here is the low down on the passport acquisition process. 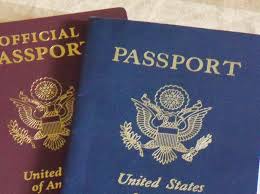 1.  Go online to the U.S. Department of State website, fill out the form, and take it to a nearby designated office, usually a post office.  You will need to pay $110, provide two passport photos, and a birth certificate.

2.  A renewal can be done through the mail, registered I might suggest.  Never use a third party “passport expediting company” to handle your passport for you.  I have heard many first hand stories, mostly horror stories about their reliability.  Did I say NEVER??
One good rule of thumb is to renew before your passport has six months remaining, as many countries will not allow you to enter or issue a visa for short dated passports.  You can pay extra for an “expedited” passport for $170, and get your passport in three weeks or less.  It is possible to get a passport in a day, for only “true” emergencies, also for $170.

3.  Buying blank pages (24 of them) was a real pain, and no longer available after this year.  I took my passport into the office, whereupon they made me apply for a new passport.  It reach the Atlanta passport office, whereupon I received a call on Christmas eve of all times.  They seemed to know better than the woman in the local post office.  I received my passport with additional pages in a matter of days, for much less than the $110 passport fee.  But they never sent my original check back, nor did they return my passport photos.  After this year, your passport renewal will be 52 pages (at no additional cost) instead of the standard 28 pages.  The current limit is 76 pages, perhaps easily reached by certain friends of mine, like KM, GG, WW, LB, or you! 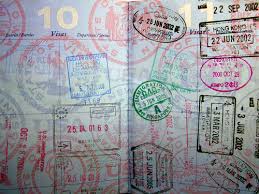 4. Keep you passport in a safe place, such as your backpack, hidden in your underwear (clean, I hope), zippered pocket, hotel safe, or armored car.  Always make two copies of your passport, just in case.  I keep a full color copy, sealed in plastic, on my at ALL times, while in a foreign country.  And never let your passport get wet or soiled.  Most newer passports have a microchip sealed inside the back corner.  It is impossible to digitally read the passport unless it is open!

5.  You are allowed to have a duplicate.  I personally do not, but I can see why.  This might be the only reason.  When entering certain countries (particularly the military dictatorships), they seem to FROWN on seeing certain visas in your passport.  And they might even ask what you did there, and what you plan to do in their country.  They also like to make snide comments about your name or places you have been.  If you are worried about being without a passport while waiting for a visa from a foreign embassy, I can see why two would be better.  Bottom line for me, is trying to keep track of TWO passports, instead of one.

6.  They say the best passport in the world is either Canadian or Swiss.  I am proud to show my American passport. My Russian visa required an “invitation” from a Russian citizen or organization.  Furthermore, they keep track of where you are going.  Hotels are required to “register” your passport with the BIG Russian database.  My Trans Siberian Railway ticket had specific dates and designated stops.  They know where you are at all times!

7.  The silliest passport experience I ever had was crossing “Checkpoint Charlie” into East Berlin (Communist) back in 1971.  I crossed through the checkpoint with an American hippie couple.  While they strip-searched the young lady, they made fun of her boyfriend’s last name, Kelly.  They wanted to know if he was related to Lt. William Calley, who orchestrated the My Lai massacre in Vietnam.

Did you know these places can be visited without a U.S. passport?  Puerto Rico, of course, I am sure you figured that one.  Also, the U.S. Virgin Islands (only if you qualify, haha!), the Northern Mariana Islands in Micronesia, Guam, and American Samoa.
Though not part of your passport, make sure you check the website at the Centers for Disease Control before visiting a foreign country.  Necessary precautions include anti-malarial meds,  along with various immunizations, including typhoid, yellow fever, and boosters of various sorts.
8.  One thing I did not realize is your photo and your current appearance.  If you have gained or lost weight, facelifts, or added piercings and tattoos that change your appearance dramatically, it would be wise to get an updated photo and a new passport.  You must have a neutral appearance, whatever that means.  I assume no big smiles or frowns.  And get this:  clothes that look like a uniform are forbidden!  Your head must take up 50 to 69% of the space, not difficult for some of you!!
9.  What makes passport invalid? Torn data page, wet or water marked pages, ripped out pages, or stinky smell!  Keep it clean, treasure it, and you will be fine, unless you are Barry the V or Mr. Mike.  They seem to have trouble whenever they go through immigration!!
10.  Behave yourself at all checkpoints.  I have many friends who have experienced serious problems at Immigration in various countries.  Follow the rules, don’t joke around, and answer all questions honestly, and seriously.  This is one time a bad attitude will get you into serious trouble!