Posted by golfkat on June 16, 2015
Posted in: Cultures, Food, Travel. Leave a comment
As if there is not enough wonderful things to eat and drink in this city.  Well, here is the official list, but not really verified by all of our Seattle friends:

1.  Beecher’s Cheese Curds-They were the first artisan cheese mongers in Seattle, with a prominent shop at Pike Market, as well as the Sea-Tac Airport, and retailers around the city.  They even have a shop in NYC.  I learned to eat and enjoy cheese curds from our friends, Ken and Debbie, he of Wisconsin origin.  They squeak when you chew them, quite amusing.  These make a great snack. 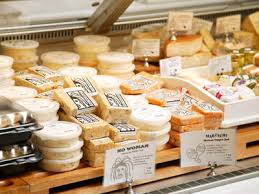 2.  Cougar Mountain cookies-They sell cookies all over the city, but the “ballpark” special is available only from April to August.  It makes the perfect summer snack, along with the traditional glass of ice cold milk.  It appears the white chocolate raspberry is the big winner.  Any cookie that gets my vote must have raisins!!

3.  Jones Soda-Quite bubbly and made from pure cane sugar, they are going national.  Some of the interesting flavors are crushed melon, green apple, and the true blue classic, berry lemonade.  Sounds pretty good to me, even though I have reduced my soda intake dramatically.

4.  Oberto-Since 1918, and located in nearby Kent, their smoked meats have been providing emergency nutrition to Seattle folks for almost a hundred years.  Some popular items are their signature smoked jerky, cocktail peps, and smoked sausage sticks.  And they go great with both beer and cocktails.  Too much salt for me! 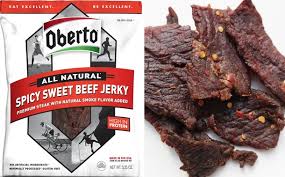 5.  Snoqualmie Ice Cream-Compares favorably to Haagen Dasz, and Ben and Jerry’s, they are based in nearby Snohomish, a little north of Seattle. The most popular flavor is Cascade Mountain Raspberry.  I don’t think I have ever had their ice cream. 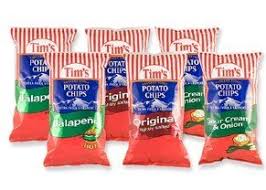 7.  Mountain Bars-Though Brown & Haley is known for their Almond Roca, the Mountain bar is quite chocolatey, with peanuts and a vanilla center.  Housed in an old school style blue wrapper, they are easy to carry.  I have never had one, but may have to try, even though I am not a chocolate guy.

8.  Frango chocolates-Around since the 1920s, and thought to be a staple of famous Marshall Fields, old Seattle based Frederick and Nelson was purchased by Marshall in 1929.  A Chicago version of Frangos were made to sell during the Depression.  The old style Seattle chocolate truffles are available in area Macy’s stores.  Great flavors include double milk chocolate, dark mint, and caramel.  The hexagonal box is always placed near a cash register.  It might be worth a try with some port. 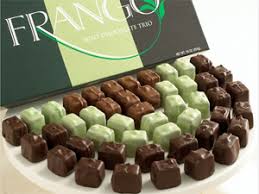 9.  Marge Granola-They say this granola is highly addictive and worth the hunt.  Their original cranberry pecan is said to be fine by itself.  It can be found at Whole Foods, Ballard Farmers Market, and selected area stores.  Again, be warned, it is dangerous according to the experts.

10.  Anything from Uwajimaya-This super- sized Japanese grocery store has it all, including the best snacks in the universe.  From sweet to salty, small to big, choose anything from a spam musubi, to sweet manju.  I wish we had one in California!  We were there yesterday for sushi, Spam musubi, and snacks for later.
So, there you have it. It does not include a few of my favorites.  In no particular order, though I seem to add to this list every day.  This is our last full day here, starting with breakfast with an old friend, watching the Rock and Roll Marathon rumble by on 4th Avenue at 7am, and followed by a 5 band rock concert at Seattle Center.