Who Steals the Most from Hotels?

Posted by golfkat on June 21, 2015
Posted in: Cultures, Travel. Leave a comment
Have you ever wondered who steals the most items from a hotel room?  Have you ever taken anything?  You are about to find out.  Read this:

Towels are one of the most frequently pilfered items from hotels.

Be honest: Have you ever taken something from your hotel room that belonged to the hotel, not to you?

(Those little toiletries in the bathroom don’t count; everybody takes those.)
According to a new Hotels.com survey, it’s fairly common for guests to steal things — usually things of seemingly nominal value, like stationery and slippers — when they check out.  And some nationalities are more likely to do so than others.

I hope they don’t use them again and again!

The survey found travelers from Argentina were the most likely to do so, with 73 percent admitting to it. Singapore was second at 71 percent and Spain third at 70 percent. The U.S. made it into the top 10 nationalities, but just barely, with 53 percent of Americans admitting to the practice.  Also in the top 10 were Germans, Irish, Russians, Mexicans, Italians and Japanese. 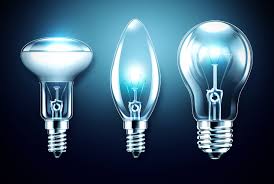 Nationalities most likely to steal from hotel rooms:

Americans are most likely to walk away with stationery, room keys and magazines or books from the hotel room.

Here is my take on this sordid subject:

So, being honest, what have I taken from a hotel?  Magazines, only when they say complimentary.  Well, I once took a copy of “Wine Spectator” since it had a big section for visiting Champagne, France.  But never a Bible, but the “Teachings of Buddha”?  I think they want us to take pens and luggage tags since they amount to free advertising for the hotels.

Some of the nicer resorts provide complimentary gifts baskets of food and/or fruit, and free reign of the honor bars.  Recently, a hotel gave us a gift wrapped robe from their “spa collection”.  Of course, we stay there three times a year, in Seattle, as you may have guessed.  They have also given us other things, like a Tom Douglas signed cook book, bottle of chilled champagne, chocolates, and flowers. 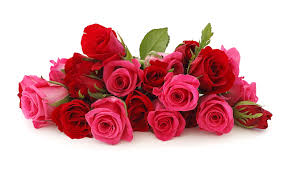 It is a real disadvantage traveling to a location by airplane, like we do.  It limits what you can carry, both by weight and volume.  But those of you  who go by car and travel trailer can have a field day.  This includes both purchased and pilfered items.  I have even heard of people “losing” things to house guests in there own homes!!!  How sad.
Moral of the story:  Do not invite any Argentinians to stay at your home.  And do not leave your Bible out on the night stand!