Posted by golfkat on September 27, 2015
Posted in: Cultures, Entertainment, Sports, Travel. Leave a comment
Since I am in Cleveland for the Rock and Roll HOF, I should really visit the Pro Football Hall of Fame in nearby Canton.  Can you believe I was in Canton, Ohio back in about 1985?  The Hall opened on September 7, 1963 with 17 enshrinees.  Over the years, every great NFL professional football player or coach has been honored.

My little hometown of Kingsburg, CA is honored with one honoree, the great San Francisco Forty Niner cornerback, Jimmy (Goose) Johnson.  As of 2015, there are 297 members of the Hall.  So, why Canton, Ohio?

It turns out that the billion dollar machine that is now the National Football League or NFL, was founded in Canton.  The now defunct Canton Bulldogs were an original team, founded back in 1920.  The town of Canton successfully lobbied to have the Hall built in their city.  The Hall has been expanded many times, now totaling over 82,000 square feet.

Interestingly, the Chicago Bears have the most enshrinees with 32.  The Board of Selectors, made up of 46 sportswriters, select the enshrinees by a vote.  Each city that has an NFL team send one representative from the local media to the committee.  In addition, there are 13 at-large delegates.  The main requirement for consideration is that the potential member has been retired for five years.

The induction ceremony is usually held the first full weekend in August.  Also, the inductees do not go into the HOF as a member of a team.  The bust of each inductee makes no reference to a specific team.  They also receive a gold jacket, which previous inductees always wear to each year’s ceremonies.

Each year, the maximum number of enshrines is seven, five regular inductees, and two “senior” candidates.  A former local guy and pro football aficionado, Mark Pinheiro, is actively seeking to have former Green Bay Packer great, Jerry Kramer, inducted as a senior candidate. By the way, I just saw Mark in late August.  He said the Baseball HOF in Cooperstown is superior to the football HOF, and that I am seeing them in the correct order. Canton, besides the HOF, is famous as the hometown of President William McKinley, who won the Presidency in 1896 with his famous “front porch” campaign. 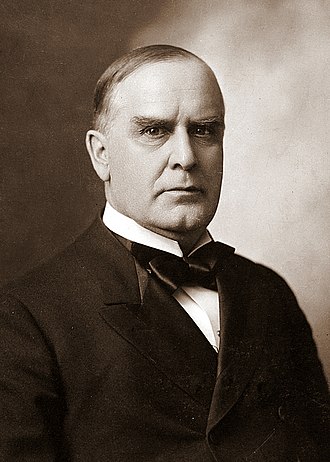 Here is what the HOF says about our local hero, Jimmy Johnson:

Jimmy Johnson, a 6-2, 187-pound two-way star from UCLA, was the first of three first-round draft choices of the San Francisco 49ers in 1961. The brother of former world decathlon champion Rafer Johnson, Jimmy played wingback on offense and as a defensive back at UCLA. He also was an outstanding track star, a 13.9-second high hurdler and a 25-foot broad jumper. The 49ers tried Johnson as a defensive back as a rookie, moved him to the offensive unit in his second season and then back to the defensive unit to stay in his third season in 1963. Johnson, who was born March 31, 1938, in Dallas, Texas, intercepted five passes in his rookie season but also did well with 34 receptions for 627 yards and four touchdowns as an offensive receiver in 1962. He played a year at safety in 1963 and then moved to the left cornerback spot for the remainder of his 16-season career, which was concluded after the 1976 season. He played in 213 games, more than any other 49er at the time of his retirement. Recognized as one of the best man-to-man defenders in history, Johnson’s reputation was so great that opposition quarterbacks threw only rarely into his defensive territory. Still, Johnson intercepted 47 passes and returned them 615 yards. He had his big moments as a receiver as well, an 80-yard touchdown reception against the Chicago Bears and a 181-yard day vs. Detroit, both in 1962. Johnson was named All-Pro four straight years from 1969 through 1972. He played in three Pro Bowls and missed two others because of injuries. The former college honor roll student won the Pro Football Writers’ George Halas Award for courageous play in 1971 and twice was the winner of the coveted Len Eshmont award given by the 49ers for inspirational play.

The Niners could use a few more defensive backs like Jimmy Johnson.   I will look for a few of the other Niner members, like Joe Montana, Ronnie Lott, Steve Young, and Bill Walsh.
While I am not one to laud excessively over athletes who make too much money, and are less than model citizens, this is, after all, just entertainment.  And it is Ohio, so where else am I going to go?   Maybe the Cleveland Symphony is playing instead?  Skip Canton, and the HOF, too lityle that costs too much!

Some other observations about this part of the country are the ridiculous number of smokers.  And fall is definitely here, with leaf colors and a chill in the air.  Women are wearing boots!  But most people are nice, even polite.  Most of the homeless are older African American men.  I am headed to Columbus tomorrow.

A few more Cleveland facts:  Cleveland was the first city to have electric street lights.  And Cleveland’s African American community is almost as old as the city itself.  George Peake settled here in 1809, Cleveland was founded in 1796.  Life Savers candies were developed here in Cleveland, by chocolate baron, Clarence Crane.  Superman was created here by writer Jerry Siegel, and artist Joe Schuster.  Google it for a heart warming story.