Posted by golfkat on October 5, 2015
Posted in: Cultures, Entertainment, Food, Shopping, Travel. Leave a comment
My best guess is that this is my fifth or sixth trip to Bangkok. Bangkok was the destination on our first trip to SE Asia.  On subsequent visits, it became the base for jumping off to other countries, like Cambodia, Vietnam, Laos, Nepal, and Malaysia.  We also made it to the north, Chiang Mai, and a little south, the island of Phuket.

The highlight of the first and most of the subsequent trips is our friend Danny.  He was our guide on that first trip.  We became friends, and have seen him regularly since.  He is so generous with his time, and many connections in this great city.  It will be really great to see him again.  We also did the usual tourist things, like having suits tailored, klonging in the “Venice of the East”,  and a fancy dinner at The Oriental Hotel’s Normandy. 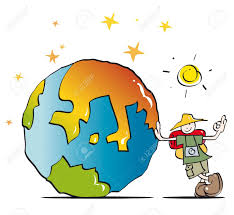 A city of over eleven million might seem daunting at first.  But most Thais seem to understand and speak enough English for us to get by.  Some of its outward, first impression features are the noisy and heavy traffic, the modern high rises, the naughty nightlife, and the superb street food.  Superimpose that on high end shopping centers, fancy nightclubs, interesting markets, Venice-like canals, magnificent temples, and modern infrastructure.  Or is it the other way around?

I will spare you the history of this country once known as Siam, and the King, who is still revered, and the contentious politics and corruption of today.  Most every stay has been based on noisy, and bustling Sukhumvit Road, in the heart of Bangkok, and placed directly on the Skytrain.  Sukhumvit is home to big name hotels, and modern shopping centers, housing most of the famous designers of the world.  And next door, or across the street, a myriad of Mom and Pop stores, shabby eateries, honky tonk strip clubs, and cheap souvenir shops and guesthouses make the area feel older. 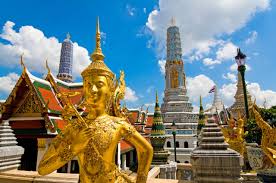 Now, we will use Bangkok to try to overcome our jet lag, since it is already tomorrow (Tuesday) here.  The key is to drink tons of fluids, walk, and try to find the best food stalls in the area.  And I am certain we will find a few distractions, like the famous night markets, and nearly 24 hour madness of Chinatown.  I doubt we will hit the infamous nightclubs like Soi Cowboy, and Nana Entertainment Plaza.  One year, Danny got us tickets for the famous nightclub, Calypso Cabaret.

Can you believe these are boys???
Many of you often ask, why SE Asia?  Personally, I think anyone can visit Europe.  It is, after all, the ancestral home to many of you.  Even perhaps a little more in your comfort zone.  SE Asia is a feast for the senses, so many unusual smells, and stunning ancient sites.  The people are much friendlier here than Europe.  Maybe it is even a little mysterious?  So, if you are a real traveler, skip Europe and head to Asia.  A good time will be had by all!!!