Posted by golfkat on January 30, 2016
Posted in: Action, Cultures, Entertainment, Food, Travel. Leave a comment
Who would believe when Uber and Lyft started their “renegade” services, that one day (now), they would surpass traditional auto rentals?  In the 4th quarter of 2015, Uber (41%) finally passed car rentals (39%) and taxis (20%), as determined by a survey of Spend Smart, a report from travel and expense management software provider, Certify.  Only Boston and San Francisco were ahead of the curve, as you might expect.  Lyft, though a smaller business right now, has experienced 700% growth from 2014!

Along those same lines, Airbnb experienced phenomenal growth of 261% domestically, and 249% internationally, with a steady year to year increase in both.  I have not used Uber yet.  But my only experience with Airbnb was sketchy as I will explain.  The top Airbnb cities were, as you might expect, Vancouver, Sydney, Toronto, Mexico City, San Francisco, Seattle, and Oakland (?).

When I went to the last Super Bowl (XLVII)in New Orleans to see my Niners, I had no choice but to find a bed and breakfast, or commute from several miles outside of the city of New Orleans.  Hotels were booked months in advance, I decided to go about a week or two before the event.  For me the driving force was not price, but location and availability.  I met many people who commuted to Nawlins from Houston, and parts unknown.

My place in Nawlins for Super Bowl (just kidding!)
Several issues arose, some good, some not!  The room I rented from ScareBnB was in an old New Orleans two story rental, above a jewelry store, and located on Magazine Street, a good thoroughfare, with ample city buses, and businesses.  I had to share a bathroom with the “owners”, and had to put up with their nightly partying as they planned their “krewe” for Mardi Gras.  They wanted me to extend my stay, though I had a hotel booked for my final two nights in Nawlins.  And they wanted cash.  I refused, went to my hotel, and was promptly billed by Airbnb for another two nights!!!  Not cool.

But aside from my mishap, I understand the move away from hotels and traditional auto rental companies.  Their fees and rules become more arcane each passing month.  And they have the audacity to raise prices!!  The latest one I see, even on marginal establishments, is the “resort” fee.  Tell me how in the heck a crummy place like Days Inn or Motel 6 can ask for a resort fee?

Many friends have used Airbnb quite successfully, particularly here on the west coast.  Some have even professed they will never rent another hotel for the rest of their travelling lives!!!  Therein lies the conundrum.  Save money, take your chances, and have a good experience.  Or suffer the trip from hell, and even receive a bill afterwards for “damages” to your rental.  Of course, you forgot to take photos of the fleabag when you left.  You are now blacklisted from their rental site.  Holy cow! 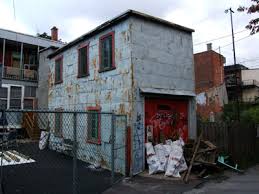 The multitude of mishaps I have seen on Uber are equally disturbing.  It is a gamble, much like stepping into a cab in Manhattan or Queens.  Customers have been attacked, as have drivers.  Passengers get dumped in favor of better fares elsewhere.  And women beware!!!  Your driver may be a mad rapist or sadistic killer.  Or our friend Nicole from Seattle.

I see the business traveler from a much different perspective.  My goal, since I had to travel extensively for part of my career, was to earn the most miles and points I possible could.  This meant a focus on one airline, and one hotel chain.  At the time, it was TWA for airlines, and Marriott for hotels.  If you enroll in the Samurai School of Discount Travel, I can tell you how to “double dip” some hotel stays and airline trips.
Now that I travel strictly for fun, my perspective has changed.  As for hotels, I go for location, comfort, and a good experience.  Forget the points, and the proximity to the airport.  As for air travel, I say choose the quickest and cheapest route that you can.  Very simple!