Posted by golfkat on May 8, 2016
Posted in: Cultures, Entertainment, Food, Travel. Leave a comment
Apparently, the reports of the demise of tequila have been greatly exaggerated. Yet, the supply of blue agave, the plant from which tequila is made, has been drying up.  The plant can take up to a decade to mature, much like a teenager is heat.  Making matters worse, the price dropped, so farmers planted corn instead!  The supply of blue agave has fallen about 42% since 2014.

But Mexico has a fall back position, with other endemic spirits like mescal, from Oaxaca. It is made from agave, but not the blue variety.  And sotol, the Chihauhuan specialty distilled from a plant called desert spoon, a distant cousin of the agave.  And yet a third variety, made in Sonora, is called bacanora, yet pricey and hard to find.

Yes, we all must have chugged some tequila during our college days.  But these spirits are made for sipping, not shooting.  And the so called experts think they are better than many of the tequilas.  Tequila must be made from 100% blue agave.  Mezcal can be made from any type or mixture of agave plants.   Another major difference is that tequila is made in steel casks.  So, every shot of Patron tastes just like the rest.  Mezcal is made in mall batches in holes in the ground.

Can you believe they talk about terroir when it comes to tequila?  Can you believe they have about 30 varieties, and  different tastes, depending on where they are grown.  Some of the best come from small producers in rustic and remote places, no electricity, no walls, only a clay pot on a stove!!

Sotol tastes like a grassy and crisp tequila, originating in the mountains of Durango.  A smoky mezcal feels like sitting in a Mexican saloon, with an Oaxacan brass band blaring in the bar. Experts say it has many layers of flavor.  We shall see.  Or should I say, we shall taste?  Mezcal also tends to be more expensive than tequila. 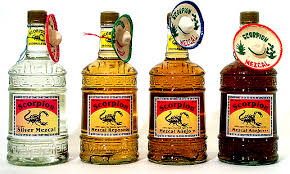 So, how does an amateur like me differentiate among the various forms?  Tequila is made from blue agave, primarily around the city of Tequila, northwest of Guadalajara.  Mexican law states that tequila can only be made in the state of Jalisco, and the municipalities of Guanajuato, Michoacán, Nayarit, and Tamaulipas.  Furthermore, it is protected by NAFTA and the European Union.  Most often, its alcohol content runs between 38 to 40%, or 76 to 80 proof, U.S.

Mezcal is distilled from the maguey plant, a form of agave.  Mezcal means “oven cooked agave”.  Most mezcal is made in Oaxaca.  It is consumed straight and has a smoky flavor.  It is exported mainly to the U.S. and Japan.  It is made with over thirty agave species, though the regulations allow any agave.  And it has been embraced by mixologists around the country. 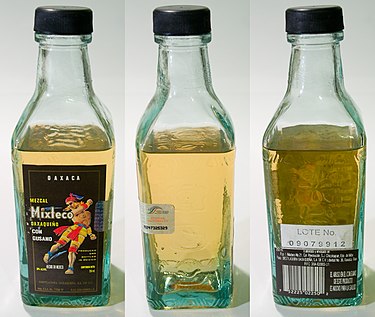 So, will I become an expert in tequila or mezcal on this trip?  I doubt it but I will give it a taste.  I wonder if they do the lime and salt?? 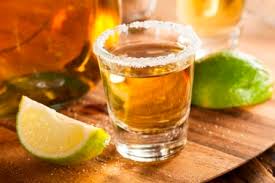 I was able to see many blue agave plants at the Botannical Garden, during my bike ride last Sunday.  What I have yet to do, and very well may not due to my recent issue, is try a few tequilas and mezcals.  Next time?
The little cantinas in the area cater to business people taking their afternoon respite.  They line up about 5 shots of high quality tequila and proceed to bonzai them down each in one gulp.  Then go back to work?  I guess business stabdards are different here?  Same with the mezcals, where 30 or more are available, followed by a slice of orange, covered with a red powder, not chili.
Better you than me!