Posted by golfkat on May 15, 2016
Posted in: Action, Cultures, Entertainment, Food, Shopping, Travel. Leave a comment

Update from 2013.  Vegas changes rather quickly, as you know.  I am only here to stay with dear friends, play cards, an maybe some golf.

So, you have all been to Vegas a bunch of times.  What can I possible write about that might pique your interest?  This is it!
Up to a thousand people live in the underground tunnels beneath the city of Las Vegas!

The Golden Gate Hotel and Casino was the very first in Vegas, 1905.  It was home to the 99 cent shrimp cocktail for decades, until the food was taken over by DuPar’s from Los Angeles, a few years ago.

Forty million of us visit Vegas each year.  Some of you visit even more than that!

The average person gambles only four hours per day! 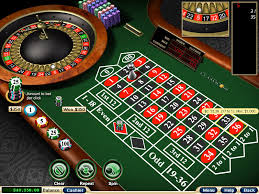 The average length of stay is 3.7 days.  Remember, what you did, stays in Vegas!

The average gambling budget for a visitor is $560.

The MGM Grand alone has 18,000 doors.  Pity the poor soul who counted them.

Over 315 weddings per day are performed in Las Vegas!  I wonder how many divorces?

Over 60,000 pounds of shrimp are consumed daily in Vegas.

There are 37 public golf courses in the area.  I have probably played about half of them!

Vegas boasts 17 of the 20 largest hotels in the world.

Some people think the best view of Vegas freaks occur at breakfast, lunch and dinner.  Are they looking in a mirror?

Tonopah, Nevada is home to the Clown Hotel.  The obvious question, does Bozo get to stay for free?

The Mermaid Lounge is located at the Silverton Casino.  Rather than stare at Daryl Hannah look-alikes, I suggest shopping at the Bass Pro Outdoor Shops.

Two “only in Vegas” problems are gambling too much, and drinking too much.  Can you think of anything else?

Why would anyone in their right or left mind want to have their bachelor party in Vegas?  Too dangerous.

Ladies, do not dress like a slut in Vegas!!  The goal is to dress “sexy.” 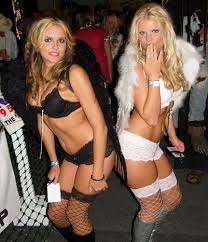 Nevada is one of seven states without a state income tax.  Hooray!

The light canon atop the Luxor is a whopping 30.2 billion lumens.  A projection TV runs at 1000 lumens.  It can be seen from space, much like the Great Barrier Reef.  In fact, the Vegas Strip is visible from space.

2014 and 2016 updates:
Janet Airlines is one that you will probably never fly.  Why?  It is the code name for the non-descript airplanes that ferry civilian workers to infamous Area 51 out in the Nevada desert.  So, if you see a white, unmarked 737 departing from a restricted access terminal, it is flying people, and maybe a few extra-terrestrials around the state.
The Black Book is not for dating, but a list of people with an “unsavory or notorious reputation” according to the Nevada Gaming Control Board.  If you are in the book, you may not own, manage, or even enter a Nevada gambling casino.  Do you know anyone in this book?  I think I know a few of you!
Thirty four percent of cheating and theft are done by casino employees!  Sad.
I will bet that you never heard that Vegas is the Mississippi of the West. I have not ever seen a large river running through Vegas.  Back in the 1930’s when gambling was first legalized, gamblers from the South complained about the racially mixed atmosphere.
So, the Vegas city council voted to force African-Americans to live on the west side of the city.  The Rat Pack, led by Frank Sinatra played a big role in desegregation, when they insisted that Sammy Davis, Jr. stay in the same hotel as the other members.
The atrium of the Luxor Hotel and Casio can hold NINE Boeing 747s stacked on top of each other.
The largest amount ever won on a slot machine in Las Vegas is $39 million.
How crazy is it that the gambling based state of Nevada does not allow a lottery?  Churches and charitable organizations may have a lottery to raise money.
With 300,000 hotel rooms in the city, occupancy runs about 90% most of the time!  It would take 288 years to stay one night in every hotel room in Las Vegas.
There are 15,000 miles of neon tubing in Vegas, along with a Neon Museum.
Elvis sold out 837 consecutive shows at the Las Vegas Hilton.
The slot machine, in the shape of the iconic Liberty Bell, was designed by Charles Fey in 1899.
On an average day, 500 couples get married in Vegas, making the yearly total around 100,000. 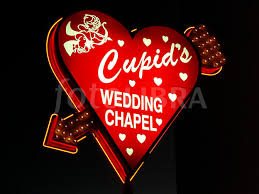 A mere 60,000 pounds of shrimp are consumed each day in Vegas, which is more than the entire country on a typical day.
The Stratosphere Tower is the tallest man made structure west of the Mississippi River, at 1149 feet.
If you stacked all of the casino chips in Vegas, it would circle the earth almost 3 times. **
The three biggest public corporations in Nevada are: 1) Las Vegas Sands Corp. ($61 billion market cap), 2)Wynn Resorts, and 3) MGM Resorts.  Who said gambling does not pay?
Why so many Hawaiians here in Vegas?  The tour operators offer great junkets from the islands, which include airfare, hotel, and meal vouchers.  Why not spend a week here for under $1000 each?
There you go, weird statistics about your favorite city to get “lost” in.  I am sure you have your own bit of useless trivia.  By the way, I made up ** the next to last one!!