Can It Get Worse?? 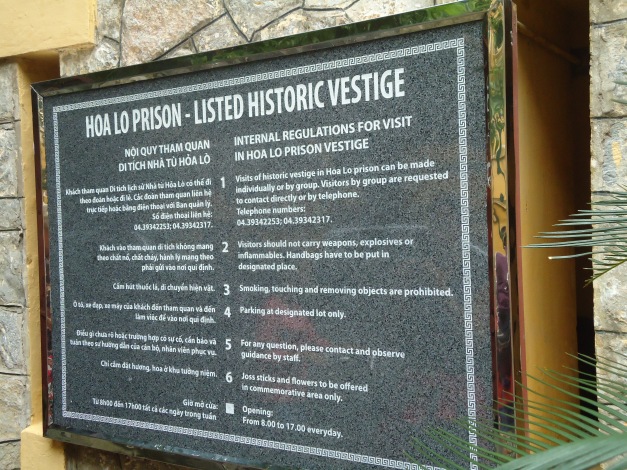 Yes, it can always get “worser” when it comes to travel, adventure, and its unpredictability.  The spontaneity, especially when I travel with my buddy, Mr. Mike, is what keeps us going.  But once in a while, things go totally haywire.  Like some of these:

Worst Meal:  Predictably, it was at Lake Baikal, Russia, during a 4 day hiatus from the Trans Siberian Railway.  I ordered a “steak” for dinner at my hotel dining room, and received what arguably could be used to resole my hiking boots.  To top it off, I ordered ice cream with fresh Siberian berries for dessert.  The berries were frozen into a clump, harder than the ice cream, and could not be separated with a machete’!!!  I refused to pay the bill, prompting the hotel manager to appear before me.  I showed him the “goods”, and he agreed!!!  Let it be known that many of the “meals” that I was offered on the Trans Siberian Railway were equally inedible!

Worst Shuttle Van:  The drive from San Jose, Costa Rica up to Monteverde is both breathtaking, challenging, and extremely bumpy.  Much of the road, once climbing from the valley floor is a dirt road, with some gravel, and lots of large potholes, rocks and boulders.  It is impossible to relax, much less grab a quick nap, during this ride.  The driver did his best, drove safely, but the roads were just terrible, make that horrible.   I don’t know which one was worse, the way up to the volcano, or the way back.  Knowing it is over is the biggest relief!

Worst Travelers:  The winner and still champions are the short little, obnoxious French couple with their two short little, obnoxious kids in the heart of Africa.  It seemed like they were following us, through several airports and countries.  Though we were never on the same plane, we ended up seeing them at least four times in Botswana, Zimbabwe, Zambia, and Kenya.  All four had to talk at the same time, in this high pitched French language irritation.  They thought they were cute or amusing, I think.  There should be a law……

Worst Tour Bus:  You know by now that when I travel by myself, with Mike or Sheri, we never go on a packaged tour.  We hire a driver, and English speaking guide, and a private car.  Never did this play out more than in Sachsayhuaman (can be spoken as sexy woman), outside of Cuzco, Peru.  The bus made several minor 30 minute stops.  But people on the bus had to squeeze in shopping from local vendors, even though their prices were outrageous.  This added at least a half hour to each stop, making us late for dinner that night!  And they thought it was cute!  I will take city bus tours to get the “lay of the land”, but I will not go on multi city bus tours again, EVER!!!

Worst Time for Injury:  I hurt my back when we arrived at the Kuala Lumpur, Malaysia airport.  It hit me hard a few days later, could not move, had the hotel doc visit me.  Not much better after meds and a pain injection, the hotel sent us to the nearby hospital, where the physician promptly recommended surgery!!!  We got out of there as fast as we could.  I managed to get somewhat better, though we canceled the highlight of our trip to Borneo to see the orangutans.  Thankfully, I made it home!

Worst Collectivo Ride:  Mr. Mike and I were in Valparaiso, or Vina del Mar, Chile, trying to get from the ocean, back up to our hotel on the top of the hill.  We gave the hotel name to the driver, who promptly got lost.  Then he wanted more money since he had to drive “out of his zone” which is not allowed.  I told him to go to h*ll!  He threatened to call the police.

Worst Hotel Stay:  Having been all over the world, I have stayed in “no” star to 5 star hotels.  Some of the no stars were just great, like the shabby motel in San Pedro de Atacama (Chile).  Some 5 stars were total rip-offs.  But the worst had to be the Four Queens in downtown Vegas.  They gave us a room directly on Fremont Street and their loud and bright light show.  Every half hour, we were wakened by the loud, earth shaking rumbling of the Fremont Experience.  Next time, give me a room without a view!!!

Worst Flight:  We have all been on the flight from or to hell.  Old TWA had a terrible reputation for delays and poor equipment.  When I finally boarded, I realized I was upgraded.  But I had to endure the constant complaining of a well known Bay Area U.S. Congressman and his wife for the entire 4 hours.  What an assh*le!!!!!  The plane was not the problem.  The Congressman and the airline staff were to blame.

Worst Nightmare:  Staying in a luxury high rise in Waikiki seems nice enough.  But staying on the 21st floor when a fire breaks out two floors above is NOT nice!  I had to gather up my kids, aged 8 and one year old, and carry the baby down 21 floors through the fire escape/stair well.  We were stranded outside at 3am, Easter morning, with no Easter bunny, and no Easter brunch!!!  The fire started by a jilted girlfriend of a rich Asian businessman, who decided to “smoke” her way to happiness.  The only saving grace, we met actor, Tony Curtis at an all night coffee shop down the street.

Worst Feeling Ever:  I think I have shared this with you before.  I missed my train out of Yekaterinburg, Russia to Moscow.  I was trying to get re-ticketed, eventually in Second Class, bot nobody spoke English to help me.  I was thinking of taking a cab to the airport, or just go back to the hotel for another night and catch tomorrow’s train.  I am not sure whether I felt lost or just very upset.  Fortunately, a young Russian kid came up and helped me with a fair amount of English.  Kudos for the kindness of strangers.

Worst Beer:  Though it is strange to think any alcoholic beverage is bad, the watered down beer in Hoi An, Vietnam was perhaps the worst.   But the price was good, about the equivalent of 25 cents, as I recall.  It was cold and plentiful anyway.

Second place would go to almost any Russian beer while I was on the Trans Siberian Railway, mostly because they were served warm!

Worst Bed:  This could only happen in a Third World country, like Laos.  We were in Xieng Khouang to see the Plain of Jars, makeshift bomb shelters, and other memorials of the war (even though the CIA says we had no war in Laos).  After a heavy day of hiking through the land mine infested fields, and watching a boy with his pet rooster, we were ready for a good night’s rest.  The bed, in the best hotel in town, was merely a thin layer of foam over a hardwood pedestal.  Poor Mr. Mike, he could barely move the next day!!!  I think I injured myself just trying to sit on the bed to put my shoes on.

Worst Tout Experience:  We were in Tangiers, Morocco, on a very nice tour led by a very informative Berber man.  We got to see many parts of the city, and learn some history.  But after lunch, we made several stops where we could buy something.  One of the stops was an Oriental carpet store, where we were forced to look at about 50 carpets of very poor quality.  They got very upset, and started yelling at us when we did not buy anything!!!

Worst Phone Call Ever:  We decided in advance that we would call each other, collect, on our birthdays.   She spent the summer in Hong Kong during her July birthday, and I would be in Europe on my birthday.  So, I called collect to her home.  Her mother said she was down in Kingsburg, at my Mom’s house.  This did not sound good form the start.  So, when I called my Mom’s home, my sister answered.  She was living in Iowa at the time, going to school with her husband at the University of Iowa.  I knew as soon as she answered, it would be bad news.  Indeed, my Father had passed away two days earlier.  It was the longest week or so before I could get a flight home.  Never had I felt so bad, so lonely, and so helpless.

Worst Tour Guide:  Well, this is really a tie among many.  The most irritating are those that try too much humor.  Second worst are those who try to switch among two or three different languages, but soon drift solely into their native tongue exclusively.

Worst Front Desk Experience:  Why has it occurred several times over the years?  Because it is the only decent airport hotel at the Bangkok airport.  Flying into Bangkok from another SE Asian country during the day means an overnight stay.  Why?  Because most of the trans Pac flights leave early in the morning.  This hotel knows they have a monopoly, including the poor airline staffs.  Their staff is totally indifferent, and move in ultra slow motion.  Their food is sad and overpriced.  The only redeeming feature might be the lobby bar, where the beer is cold, and a decent singer-guitarist performs some decent American rock and roll.

Worst Food Experience:  This remains at the top of the list, repeatedly.  You guessed it, the “King of Fruit”, the almighty durian.  The only food item that Bizarre Foods’ Andrew Zimmern has spit out on TV.  I about gagged!  I have tried it several times since, being told it is an “acquired” taste.  Well, not for me!  But Sheri and my Mom like it, as do millions of SE Asians around the world.  Plus it stinks!!

Worst Ballpark Hotdog:  Forever etched in my memory as the worst hot dog ever, is the infamous “Dodger” dog, served only at Dodger Stadium in LA.  It is made as cheaply as possible, and is about as tasteless as the Dodger fans who beat up on a Giants fan a few years back.  I could do better at any minor league ballpark in the country!

Worst Jogging Experience:   I had taken the kids to Disneyland, and went jogging early one morning from the Disneyland Hotel.  I finished my run around the entire park, and was cooling off.  I walked into a combination souvenir and convenience store.  Upon walking out, I was confronted with an Anaheim cop with his gun pointed at me!!!  I was obviously unarmed, and attired in sweaty exercise clothes.  He would not listen, detained me until the owner of the store came out and said that he forgot to disarm his silent alarm!!  I asked to cop for an apology, and got nothing.  I called him every name I could think of, and even wrote a letter to the Chief and the Mayor, to no avail of course.

I am certain each of you has a story that matches or exceeds these.  If so, I would be pleased to hear about it!!!  And despite all of these issues, we continue to travel the world and enjoy it, right??  It won’t stop me!