As if the U.S. Senate did not have enough to do with the impending “fiscal cliff” challenge (as of Dec. 31, 2012), they did manage something good.  They approved legislation to turn Pinnacles National Monument into a national park.  Of course, you naysayers will cry that we do not need more tourists to the Monterey Peninsula area.  But national parks make us rather unique in the world.  President Obama must still sign the bill to make this happen.  I imagine he is rather busy today, with the impending Dec. 31 deadline on the cliff issue.

Back in 1908, President Theodore Roosevelt established Pinnacles as a national monument.  The area encompasses 26,000 acres, and provides an interesting combination of volcanic rocks, and endangered wildlife.  The area is popular with rock climbers and hikers, mostly from the Bay Area.

So, where exactly is Pinnacles?  Most people have never heard of it.  Driving south on Highway 101, passing Gilroy and Hollister, Pinnacles can best be reached via the small town of Soledad.  It is only 40 miles from the Pacific Ocean, and about 80 miles south of the Bay Area proper.  The area itself is called the southern portion of the Gabilan 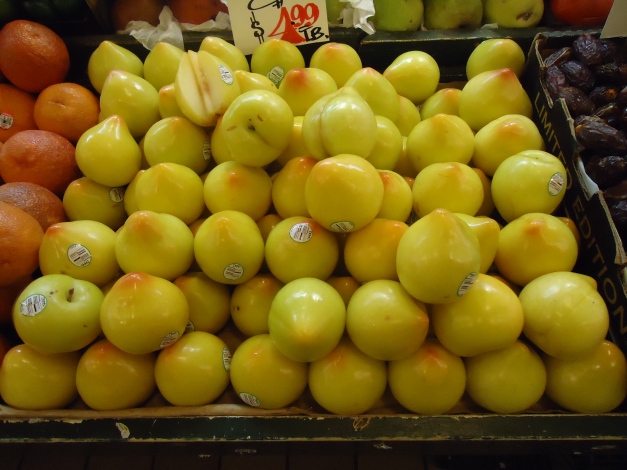 Range.  The Monument is best described as having two divisions, east and west, connected by foot trails, but without a through road.  The east side is shaded and has water.  The west side is drier and filled with high walls of volcanic formations.  It is popular with more advanced rock climbers due to the difficulty and challenge of the climbs.

The Pinnacles were formed from the Neenach Volcano, which erupted 23 million years ago, near what is Lancaster, CA.  The movement of the Pacific Plate along the famous San Andreas Fault split this section off from the main body of the volcano, moving it 195 miles northwest.  The deep gorges and fractures were transformed into caves by large chunks of falling rock, then wedging into cracks, leaving an open area below.  Interestingly, the Pinnacles have shifted 4 miles to the east from its original location due to the Fault.

Among the wildlife here are the celebrated California condor, part of a re-establishment program that began in 2003.  Other animals found here are:  prairie falcons, bobcats, cougars ( four-legged only), coyotes, quail, wild turkey (not the bourbon), and wild pigs.  The wild pigs, subject to an eradication program,  are the result of cross-breeding of imported wild boar with feral domestic pigs. In total, there are 149 bird species, 49 mammals, 22 reptiles, 6 amphibians, 68 butterflies, nearly 400 bees, and countless invertebrates.

The trails are considered strenuous for day hikers.  Many of the hikes and trails require some bouldering as well.  The best known hiking option is the “pig fence climb”, a portion of the southern wilderness trail.  The hiking is so strenuous since it requires using the fence to climb the steeply pitched trail!  Other less strenuous trails provide excellent views of wildflowers, flat stream beds, beautiful caves, and spectacular vistas.

With only 150,000 visitors a year, the new Park should attract locals as well as foreigners on their way to the Monterey Peninsula.  Summer day temperatures can reach 100 degrees F, and winter nights dropping to the low 20’s.  Annual rainfall is 16 inches, mostly from December to March.
Hiking is the most popular activity here, with the moderate Balconies Cliffs Route, a 2 mile loop with excellent views.  But bring a flashlight, especially for some scrambling and wading.  The Juniper Canyon Loop is 4.1 miles and more strenuous with a 1600 foot elevation.  It is best described as spectacular.  The North Wilderness Trail is a 9.7 mile loop, strenuous and marked by rock cairns.  The High Peaks Trail is not only strenuous, it is narrow and steep, which means not good for people like me who do not like heights.  Numerous other hikes of varying difficulty are available from either the west or east entrance.
I think you begin to get the idea that this park is not for the more sedentary national park enthusiast.  Most hikes require good physical condition, good hiking boots, and some bouldering skills.  Heat is an issue in the warmer months.  You may just want to view the Pinnacles from your car, especially if time is an issue.