Jack Kerouac might have said it best in his famous novel On the Road: “I was halfway across America, at the dividing line between the East of my youth and the West of my future.” His words serve as a testament to the power of a road trip; how the process of packing a car and driving long distances has the ability to transform us. Yet, what about the roads themselves? What makes this form of transportation more life-changing than, say, flying in an airplane? Or taking a cruise? The answer could be in the old chestnut: It’s not the destination but the journey that matters

I always think of the old Willie Nelson song, “On the Road, Again” when I am ready to hit the road.  The longest “road” trip I have ever taken was driving from the northern desert of Chile, down to the southernmost city in the world, Ushuaia, Argentina (Cape Horn, and the Beagle Channel).  But truth be told, we did it with a patchwork of autos, a 12.5 hour bus ride, bus, and boats.  It is 2,653 miles, and cannot be done by auto, unless you venture into Argentina, as we did, or take a boat, which was not available at the time of year we went.

Thoughts of “Thelma and Louise” also enter my mind, though they were infinitely more trouble than me and Mr. Mike.  We never broke the law (OK, Mike drives FAST!), stole anything (cork from trees), or killed anyone (road kill?), that we know of.  Driving from Spain’s Costa del Sol to the Algarve in Portugal was another long drive, punctuated by a stop in Seville, Spain.

But the iconic drive for Americans is that most American road, Route 66.  Sadly, I have only been on small parts of it, here in California mostly, a little in Arizona (Flagstaff). and even less in New Mexico (Santa Fe), Oklahoma (OKC), Missouri (St. Louis), and Illinois (Chicago).  Believe me, it is not on my “Water Pail” list!

Other loooong  or beautiful drives you may want to take:

2.  Built in 1930, the Mount Carmel Highway cuts through a part of Arizona’s Zion National Park. When the route was completed, it shortened the distance from Zion, Arizona to Bryce, Utah, by 70 miles.  This might be one of America’s best, in my opinion.

3.  Interstate H3 is situated on the island of Oahu, in Hawaii. Completed in 1997, H3 is among the most expensive interstate routes ever built. The final cost of the 16-mile highway was $1.3 billion, or approximately $80 million per mile.  It is a spectacular drive, somewhat windy, and often wet, but worth an afternoon in Kailua and Koolau.

4.  Chapman’s Peak Drive, situated in Cape Town, South Africa, is one of the most spectacular drives in Africa. Convict labor was used during the seven-year construction process, which was completed in 1922.  We rented the car, but were chauffeured by the famous Cape Town barrister, comedian, and author, Barry the V.

5.  Closer to home, the drive to Lake Tahoe on either Highway 50, or US 80 is spectacular in the Fall.  Winters can be harsh due to snow, wind, and ice.

6.  We drove up to Portland, mostly on Interstate 5 to pick up Lexi last September.  It is both interesting, and long.  We took two days to get there, then drove  home in 12.5 hours with our new puppy.  I strongly suggest the two day!

7.  Up the Atlantic Coast to Maine in the Fall.  Why?  The colors, and the Maine lobster of course.  But don’t miss Acadia National Park, Bar Harbor, the famous L.L. Bean flagship store, and Bush 41.

8.  We drove from Christchurch to Queenstown, South Island, New Zealand, on the wrong side of the road (for us), and saw more sheep than people!

Minimal requirements for a road trip:  a good driver (Mike), water, GPS, food and snacks, lots of good CDs, slippers or sandals, sunglasses, gum and mints.  And a car in great condition!! 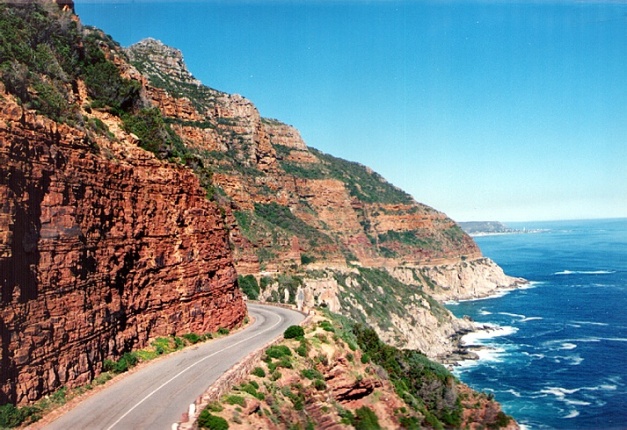