The Brilliance of Chopin

Long before Lech Walesa and Madame Curie, the only Polish person I had ever heard of was Frederic Chopin.  Born near Warsaw in 1810, he died in Paris in 1849, at a very early age.  But fortunately for us, his great music and composition lives on.  He was perhaps, best known as both a pianist, and his solo pieces for piano and piano concerti.  In fact, he wrote little else.

His father was an immigrant from France and was employed as a tutor to wealthy families in Poland.  His father became a French teacher at the Warsaw lyceum.  Chopin himself attended from 1823 to 1826.  He became fascinated by his mother and his older sister playing the piano.  By the age of six, he was trying to emulate their sound, and at seven, started piano lessons.  He quickly surpassed his instructor, Zwyny, and discovered his own approach to the piano, free of academic rules and discipline.

Soon, he was playing at private events, and by the age of eight, played in a charity event.  A mere three years later, he played for Russian tsar Nicholas I, who was in Warsaw to open Parliament.  At seven, he wrote his first piece, Polonaise in G Minor, which was published.  He followed that with a march that was favored by a Russian duke.  “Other polonaises, mazurkas, variations, ecossaises, and a rondo followed, with the result that, when he was 16, his family enrolled him at the newly formed Warsaw Conservatory of Music. This school was directed by the Polish composer Joseph Elsner, with whom Chopin already had been studying musical theory.”

Fortunately for us, Elsner realized that Chopin’s talent must never be limited by academics, though he stressed traditional training.  Chopin himself showed strong interest in Polish countryside music, which permeates his later work.  His training at the Conservatory provided instruction in harmony and composition.  His piano playing continued to develop with high individuality.

In an effort to broaden his musical horizons, his parents sent him to Vienna.  He made his performance debut there in 1829.  And after a second successful concert, he returned to Warsaw and wrote “Piano Concerto No. 2 in F Minor (1829) and his Piano Concerto No. 1 in E Minor (1830), as well as other works for piano and orchestra designed to exploit his brilliantly original piano style. His first études were also written at this time (1829–32) to enable him and others to master the technical difficulties in his new style of piano playing.”

He left Poland, heading to Italy and Germany, when the Polish revolution against Russia began, leaving him in Vienna, then ultimately Paris.  Here, he flourished, established ties with other young composers Liszt, Berlioz, Mendelssohn, and Bellini.  His talent allowed him to write and teach, earning substantial income while freeing him from the stress of concert giving.

“Chopin realized that his extreme delicacy at the keyboard was not to everyone’s taste in larger concert spaces. But an introduction to the wealthy Rothschild banking family later that year suddenly opened up new horizons. With his elegant manners, fastidious dress, and innate sensitivity, Chopin found himself a favorite in the great houses of Paris, both as a recitalist and as a teacher. His new piano works at this time included two startlingly poetic books of études (1829–36), the Ballade in G Minor (1831–35), the Fantaisie-Impromptu (1835), and many smaller pieces, among them mazurkas and polonaises inspired by Chopin’s strong nationalist feeling.”

After two youthful love affairs, he met novelist Aurore Dudevant (Sand) in 1838. They wintered in a Majorca villa, hereupon Chopin became ill, and was forced to stay in a monastery.  Rumors of tuberculosis caused the villa owner to evict him.  The cold and wet conditions, malnutrition, and lack of a concert piano impeded both is work and his health.  They left for Marseilles in 1839, where a local physician brought him back to health in mere months.  But the tuberculosis would ultimately take his life ten years later.

Despite continued concerns for his health, he continued to produce “soul searching” music through the early 1840s, while now living in Nohant.  In the country, he found peace and was able to indulge his quest for perfection.  “He seemed particularly anxious to develop his ideas into longer and more-complex arguments, and he even sent to Paris for treatises by musicologists to strengthen his counterpoint. His harmonic vocabulary at this period also grew much more daring, though never at the cost of sensuous beauty. He valued that quality throughout life as much as he abhorred descriptive titles or any hint of an underlying “program.”

By 1848, his relationship with Sand ended, and his health likewise further eroded.  After a strenuous tour through England, where he was unable to socialize or compose, he returned to Paris, where he died in 1849.  He was buried in a Paris cemetery, but his heart was interred in Warsaw.

During his lifetime, he gave few more than 30 public performances.  His lasting legacy to music:  “His original and sensitive approach to the keyboard allowed him to exploit all the resources of the piano of his day. He was inexhaustible in discovering colorful new passage work and technical figures; he understood as no one before him the true nature of the piano as an expressive instrument, and he was able to write music that is bound up with the instrument for which it was conceived and which cannot be imagined apart from it. His innovations in fingering, his use of the pedals, and his general treatment of the keyboard form a milestone in the history of the piano, and his works set a standard for the instrument that is recognized as unsurpassable.”

Chopin’s works for solo piano include about 61 mazurkas, 16 polonaises, 26 preludes, 27 études, 21 nocturnes, 20 waltzes, 3 sonatas, 4 ballades, 4 scherzos, 4 impromptus, and many individual pieces—such as the Barcarolle, Opus 60 (1846); the Fantasia, Opus 49 (1841); and the Berceuse, Opus 57 (1845)—as well as 17 Polish songs.
His style:
He had the rare gift of a very personal melody, expressive of heartfelt emotion, and his music is penetrated by a poetic feeling that has an almost universal appeal. Although “romantic” in its essence, Chopin’s music has a classic purity and discretion, without a sign of exhibitionism. He found within himself and in the tragic story of Poland the chief sources of his inspiration. The theme of Poland’s glories and sufferings was constantly before him, and he transmuted the primitive rhythms and melodies of his youth into enduring art forms. At the same time, he subtly differentiated, for example, the intimate poetic inspiration of the mazurka from the more outward-looking, ceremonial aspect of the polonaise, which in works like the Polonaise-Fantaisie (1846) he expanded to the proportions of symphonic poems for the piano. The waltz, meanwhile, offered him a courtly dance medium on a smaller scale, and he responded not by expanding it but by bringing it to unprecedented levels of polish and grace. From the great Italian singers of the age, he learned the art of “singing” on the piano, and his nocturnes reveal the perfection of his cantabile style and delicate charm of ornamentation. His ballades and scherzos, on the other hand, have a dramatic turbulence and passion that effectively dispel the notion that Chopin was merely a drawing-room composer.

Chopin’s small output was mostly confined to solo piano; yet within its limited framework its range is seen to be vast, comprehending every variety of musical expression. Though Chopin squandered too much time on the drawing-room Parisian aristocracy and disappointed critics who valued artistic worth only in terms of large-scale achievement, he was immediately recognized at his true worth by more-discerning contemporaries, who were astounded by the startling originality he reconciled with exquisite craftsmanship. Present-day evaluation places him among the immortals of music by reason of his insight into the secret places of the heart and because of his awareness of the magical new sonorities to be drawn from the piano.

Arthur HedleyLeon PlantingaThe Editors of Encyclopedia Britannica
The quotes are from Britannica, I am hardly a music expert, but I do like Chopin.  I will find a concert, even if it is on you tube!! 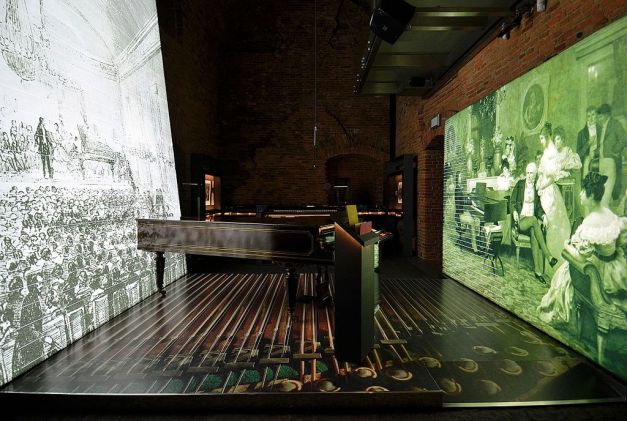