Posted by golfkat on May 24, 2018
Posted in: Action, Cultures, National Parks, Travel. Leave a comment

Jasper National Park, established in 1907, is the largest national park in the Canadian Rockies.  It is located north of Banff, and west of Edmonton.  It contains glaciers, the Columbia Icefield, numerous hotsprings and lakes, waterfalls, and mountains.

It was named for Jasper Hawes, who operated a trading post for the North West Company.  In 1984, it was named a UNESCO World Heritage Site.  As we ride the rails across Jasper, we should see a veritable zoo of animals. I expect mostly elk and caribou, along with a stray grizzly, wolf, or cougar (four legged).   It was granted national park status in 1930, and regularly gets over 2 million visitors annually.  Jasper National Park, established in 1907,  is 4200 square miles.

Travel Alberta says:  The Columbia Icefield is the largest icefield in the Canadian Rockies, covering some 230 sq km (89 sq mi) to a depth of 365 m (1,200 ft) and some 28 km (17 mi) long. Draped over the continental divide on a high alpine plateau along the Alberta-BC border, it receives an average of 7 m (23 ft) of new snowfall per year. Not all of that snow can melt in the short summers so it accumulates, turning to ice which flows outward through the surrounding passes, creating fingers of ice known as glaciers, the Athabasca Glacier being the most well-known.

Let’s just see what we are able to see from the train.  Jasper is known for its timeless appeal, with less than 5,000 residents.  I hope the scenery makes up for the lack of information about this area.  Most of their tourism related websites all proclaim “getting away from the bustle of the city”,  just what I am looking for on this trip.

It looks like a great place to visit.  And we even saw elk, one of which was ready to give birth to an elkette.

FYI:  My cousins named their second son, Jasper.  Maybe I will get them Jasper T shirts?  I did! 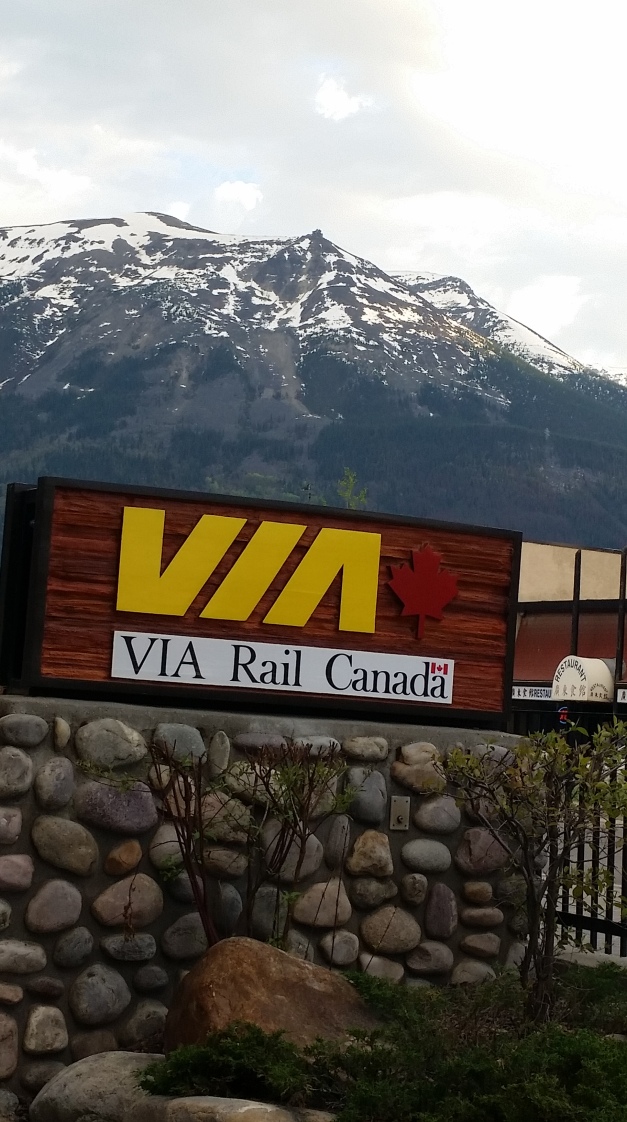 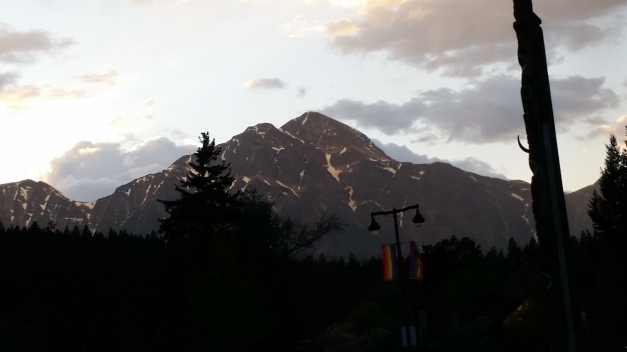