The Queen of Soul

Posted by golfkat on August 18, 2018
Posted in: Music. Leave a comment

I wrote this before going to my last Aretha Franklin concert at the Oracle Arena in Oakland (August 2015).  It was a magical night.   She sang all of her classics.  But the best was her version of Paul Simon’s “Bridge Over Troubled Water”, where she accompanied herself on the piano!!!  A rare occurrence according to most.  It was so easy to stand and sway to the great sound of her voice.  I will never forget what a great evening we had.

The big, ridiculous hat seemed to take over the proceedings of the inauguration of the first African American President, Barack Obama.  But when she began to belt out, “My Country Tis’ of Thee” in her famous voice, all seemed well in the world.  Her church hat continued to be all the talk online and in newsprint.  And only I America does the daughter of an itinerant preacher from Shelby, Mississippi reach the podium with the new POTUS, the most powerful man in the world.

Though Aretha Franklin’s career started slowly, first with Columbia Records, then Atlantic Records in 1967, she became the Queen of Soul by the end of the Sixties.  She eventually recorded a total of 112 songs on Billboard, including 77 Hot 100 entries.  She had 17 top ten pop singles, 100 R&B entries, and 20 number one R&B singles!  She became the most charted female singer in the chart’s history. 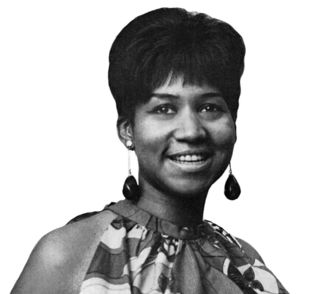 Ms. Franklin has won 18 Grammy Awards, and is one of the best selling female artists of all time, with over 75 million records sold world wide.  In 1987, she was inducted into the Rock and Roll Hall of Fame.  She was the first female performer to be inducted.  She learned to play piano by ear, though her mother was an accomplished piano player and vocalist.  She had a teenage crush on Sam Cooke, and soon aspired to follow him into pop music.

In April, 1967, she signed with Atlantic Records, and recorded Otis Redding’s “Respect” which shot to number one on both the R&B and pop charts.  This frenetic version of the song became her signature song, and became a civil rights and feminist anthem.  It is still one of my favorite songs.  From there, as her popularity soared, she signed with Arista Records (Clive Davis), and  gave a command performance for Queen Elizabeth at Royal Albert Hall.  She also had an acclaimed guest role as a waitress in “The Blues Brothers”, singing “Respect” to the chaotic dancing of Akroyd and Belushi.

Her recording success continued through the Nineties, with her first certified platinum album, “Who’s Zoomin’ Who”.  In her hometown of Detroit, she sang “The Star Spangled Banner” at Super Bowl XL with Dr. John and Aaron Neville.  And in 2010, she accepted an honorary degree from Yale University. She also received an honorary “Doctor of Arts” from Harvard University.  Since 1984, she has performed only in the U.S. due to a fear of flying.

She received the Presidential Medal of Freedom in 2005

She has four children and has been married twice.  She has fought weight problems through much of her life, as well as numerous health issues.  She received her star on the Hollywood Walk of Fame in 1979.  She was the second female performer, after Madonna, to be inducted in the UK Music Hall of Fame in 2005.  In 2008, she received the MusiCares Person of the Year Award at that year’s Grammys.  In 2012, she was inducted into the GMA Gospel Music Hall of Fame.

Her current tour, which I will see in Oakland this evening, promotes her latest album, “Aretha Franklin Sings the Great Diva Classics”.  I think this quote from her says it all:

“Being a singer is a natural gift. It means I’m using to the highest degree possible the gift that God gave me to use. I’m happy with that.”—Aretha Franklin

Fast forward:  RIP, to the Queen of Soul.  She was the star at President Obama’s inauguration.  Remember that I always tell you to see these great stars while they are still alive.