British ultra-endurance cyclist Mark Beaumont finished an around-the-world trip on his cycle in 78 days, 14 hours and 40 minutes. He became the first person to achieve the feat in under 80 days.

It is fitting then to take a look at the most expensive bikes ever sold or made around the world.

I wouldn’t pay that much for a car, why would I buy a bicycle at those prices???

Most Powerful:  Ever wonder what kind of power the top sprinters in the world can generate? After gathering metrics from the top cyclists in the world in 2017, it was determined that Peter Sagan unleashed his best sprint of the year on stage five of the Tour of Switzerland. The three-time world champion rode at 1,220 watts for 18 seconds, topping out at 1,417 watts with a speed of 47.5 miles per hour for the highest output of any professional for the year.  In contrast, I can only do about 19 mph.

But this is totally crazy:  For anyone who watches the Tour de France, you can imagine how grueling riding 2,200 miles over three weeks can be. Two-time cancer survivor James Golding recently put this total in perspective by riding 1,766 miles in one week. Golding slept for five hours each day and averaged more than 250 miles per day.  Crazy man, crazy!!!

I knew about a man, Jim Rogers, who drove an old Mercedes sedan around the world.  But on a bicycle?  Though the previous record was 123 days, 34-year-old Mark Beaumont set a goal of 80 days for his round-the-world trek and knew he needed to average 240 miles per day to reach his goal. By the time he arrived in Paris, he was one day ahead of schedule, cycling the 18,000-mile route around the world in a truly amazing 79 days. Beaumont rode his bike 16 hours per day and slept an average of five hours per night. During his trip, he also broke another record — riding the highest recorded mileage for a month at 7,031 miles on his way from Paris, France, to Perth, Australia.

I have no desire to set any cycling records.  But this one just makes me dizzy:  When Kurt Searvogel broke the 75-year-old annual mileage record by riding 75,065 miles, few thought it would soon be conquered. But in 2017, 24-year-old Amanda Coker rode her bike the equivalent of four times around the earth, smashing the previous record by riding a whopping 86,500 miles from May 15, 2016–May 14, 2017. What makes the record more amazing is Coker rode all the mileage on the same seven-mile loop around Flatwoods Park in Tampa, Florida. She rode the loop almost every day, averaging about 13 hours and 236 miles in an effort to raise money and awareness for those who suffer from traumatic brain injuries.

I have given thought to riding across parts of the U.S.  I no longer have those thoughts, ever.  But this?  Many cyclists complete the annual Race Across America (RAAM), but no one has done it as fast as Christoph Strasser from Austria. Riding from Oceanside, California, to Annapolis, Maryland, Strasser completed the trek in 7 days 15 hours and 56 minutes. Strasser was also the first cyclist to break the eight-day barrier, and his average speed of 16.42 miles per hour is also a record.

So, you see, riding my 25 to 35 miles each day is no big deal.  It gets me moving, and I feel good after.  I have met some really wonderful people on two wheels.  And I have seen some pretty terrific scenery as well.  My favorites?  How about the countryside in Vietnam, the dikes of Amsterdam, the vineyards of Napa Valley, and the red rocks of Sedona? 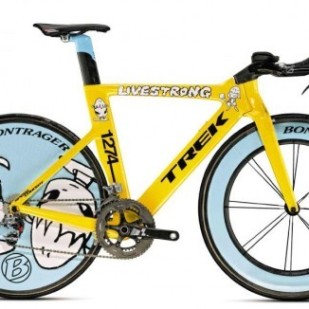 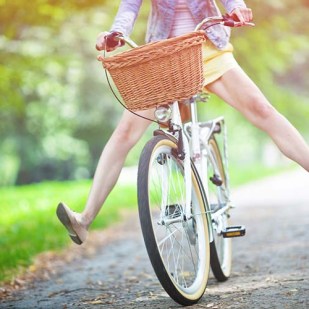 Woman riding bicycle with her legs in the air 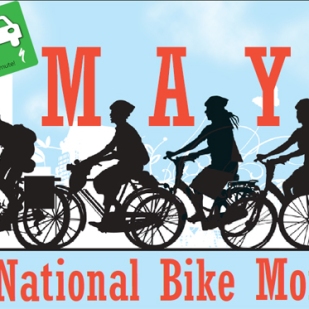 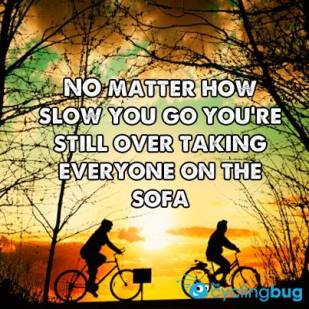