Each year, I seem to travel a little less.  Some is attributed to getting older.  But I am convinced it is our little Labradoodle, Lexi, who keeps me home more.  And we will try to travel (road trips) more with her, as she is a good traveler, and seems to enjoy the places we visit.  I am also taking classes at the local college.

That said, I do have a few nice trips planned, and, I am certain, a few that are unplanned.  The biggest was a return to SE Asia in October, a VIA Canadian Railway trip, and a long anticipated trip to the famous 4th of July concert with the Boston Pops.

A little local travel, and one that I missed this past year, is the opportunity to see my alma mater, the California Golden Bears play basketball in Berkeley, this time against the mighty Bruins of UCLA.  It is also the chance to see many friends, and visit my friend Peter’s new jazz club in downtown Walnut Creek, called The Impulse Room.  Going back to the U.C. Berkeley campus is always a great experience, even when we lose!
Why not start the year off with another Amtrak trip?  First, I flew to San Diego, spent the night, and embarked on the Coaster up to Los Angeles Union Station.  From there, I hopped on the Coast Starlight for the trek up the California coast overnight, through Oregon, and debarked in Seattle.  After another night and full day in Seattle, I winged it back home.  This was my seventh long distance Amtrak trip, and perhaps my last.
I am taking several adult education classes at Fresno State through Osher Lifelong Learning, as well as a regular class at Clovis Community College.  I decided to take Cultural Anthropology, which has been quite enlightening. The classes have stifled some travel and work opportunities, but well worth it.

In years past, we always met my Mom in Las Vegas for her birthday, and a small family reunion.  Now that she is gone, we turned our attention elsewhere.  But we have dear friends there, Ken and Debbie, who we have not seen now in two years.  It’s about time!

Maybe a dream come true?  What if my Cal Golden Bears play the local boys, the Fresno State Bulldogs in a bowl game?  It is possible the two teams could meet in either Vegas or Phoenix.  Both teams have been or are currently coached by the Dogs own Jeff Tedford.  So, the hometown Bulldogs are playing in the Las Vegas Bowl (they defeated Arizona State), and my Golden Bear are in Phoenix at the Cheez-It Bowl (haha).

So, we drove over for the game.  Then after my brother and wife drove back, I stayed with dear friends in the Vegas suburb of Summerlin for a few days.  It was nonstop fun, cards, happy hours, and games.  And I got a bonus!  I got to have dim sum with dear friends, Kevin and Patty from the Bay Area!!!!  Double bonus.

2018 was a decent travel year.  One trip overseas (SE Asia), and a short jaunt to Canada for the VIA Canadian Rail from Toronto to Vancouver.  You will notice we had more road trips, since we can include Lexi.  We even bought her a new car!!!

I plan to hit Europe again in 2019, perhaps for the last time.  I want to see an old friend in Bucharest, Romania.  And my long awaited venture into Turkey, if the politics calm down and terror threat stays low.  Oh, and maybe a cycling trip to Bordeaux sandwiched in there somewhere?  How about you? 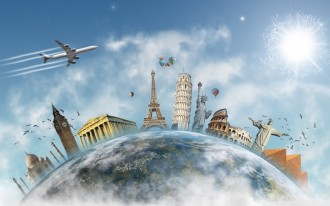 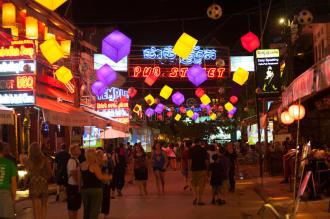