Who would ever think that a little bakery in Hilo, Hawaii would become world famous?  Certainly not Robert Taira, back in the 1950s, in Hilo.  Sometime in the 1960’s, they moved to Honolulu, and changed their name from Robert’s Bakery to King’s Hawaiian.  By the 1980s, they grossed over $20 million, and moved to Torrance, CA.

Robert Taira was the son of Japanese immigrants.  He opened hi first bakeshop in 1950s in Hilo, after graduating first in his baking class.  “The first round, soft loaves of Original Recipe King’s Hawaiian Sweet Bread were made here. The loaves rarely ever made it home before being devoured, and a local traditional island favorite was born.”

When we first started visiting the islands, King’s was hard to find.  Then it popularity spread across the islands.  Soon, the Southern California operation began, and King’s became a household item.  We can find it everywhere, including Trader Joe’s, club stores, grocery stores, and many specialty stores.  In 1988, they opened their first full service bakery and restaurant in Torrance.

We use it to make the best little sandwiches for tailgating before Bulldog games.  We also enjoy the bread with soups, stews, and beans.  And the loaf can be cut up for great dishes like French toast.  Or just regular toast with butter.  We will enjoy it almost every morning while we are in Kauai and Maui.

“After nearly a decade of growing popularity, in 1963 the much-loved original shop expanded and moved to King Street in Honolulu, where it was renamed King’s Bakery. It didn’t take long for the new location to become a beloved institution as locals lined up around the block for Robert’s famous breads and cakes which were prepared and served with Aloha Spirit, an expression of caring and sharing that is an essential part of island culture.”
Most every grocery store in Hawaii and the mainland have King’s on the shelf.  Quite a change from the old days.  No need to keep a supply hidden in the freezer.
PS  Already went through two loaves.  Need more for French toast tomorrow morning. 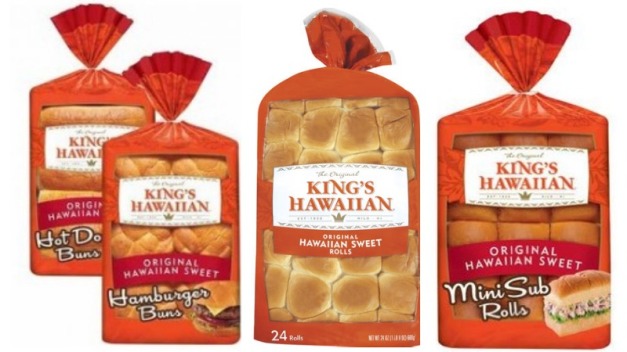