I did not know this:

Hawaii is the only state in the U.S. with two official languages – Hawaiian and English. There was no written version of the Hawaiian language until 1820 when western missionaries living in the islands first standardized one, according to Instant Hawaii. There are just 13 letters – eight consonants and five vowels.
You can snow ski on the Big Island:
Mauna Kea is a 13,796-foot volcanic mountain with a top that occasionally gets just enough snow for people to ski. There are no lifts, no grooming, no resorts, but a road that goes to the summit to serve the observatories located at the top, according to Hawaii Info Guide.

The world’s most active volcano:

As the most active volcano in Hawaii, Kilauea has had a history of eruptions. A major eruption in 1983 produced Pu’u ‘Ō’ō vent which still produced lava flows. Kilauea is one of the most incredible active volcanoes you can actually hike. Try hiking the Kīlauea Iki Trail. You will descend through a lush rainforest to the floor of the solidified, however still steaming Kīlauea Iki Crater lava lake, according to NPS.
As a result of the volcano, the Big Island is getting bigger every year by about 42 acres because of lava flow from the Kīlauea Volcano. It can even be seen from space. The phenomenon is known as lava delta – when lava flows into the ocean over a long period of time resulting in the formation of new land.
Locals loves Spam, not the computer kind:
Locals eat more Spam than any state in the U.S. – about 7 million cans a year. The canned meat was used to feed soldiers during World War Two, and it stayed. Spam musubi is a native sushi dish where a slice of cooked Spam is put between rice and wrapped in seaweed. Even fast food restaurants serve spam. (I like the Spam with a little teriyaki sauce).
One at a time, boys:
Technically, you can have two standard servings of drinks in front of you at any one time. But if the serving is more than 16 oz. for distilled spirits, 6 oz. for wine, and 22 oz. for beer, you are limited on one drink. Any drink exceeding a single standard serving is prohibited.
Gamble at your own risk:
Hawaii is only one of two states – the other is Utah – that have no legalized gambling of any kind, according to Hawaii Aloha. That means no lotteries, horse races, sports betting, or even bingo. Locals are against gambling because they think it changes the family atmosphere in a bad way and creates too many problems. Only social poker games where nobody makes a profit are OK and they cannot be committed in any business establishment or public place.
Where is the rain forest?
Molokai’s east end is a tropical rain forest that receives 240 inches of rainfall a year. Go on a gorgeous hike through the lavish forest along mountain streams and pools and past ancient Hawaiian taro patch and hale. Make sure you make it all the way to see the 150-foot waterfall in the jungle where scenes from LOST, Hawaii Five-0 and Jurassic Park were filmed.
Don’t you wish we had less “space” pollution on the mainland?
Billboards were banned in Hawaii in the 1920’s. There are going to be no distractions on the road, if you don’t count your cellphone, of course. All you see is the awe-inspiring scenery and natural splendor in all directions.
Fine with me, I hate snakes:
Bringing a snake to the islands is a Class C felony. Many have been confiscated as people hide them in packages and in their luggage. Violators could be jailed for up to three years and fined up to $200,000. The problem is that snakes have no effective predators living on Hawaii, except for the mongoose, according to University of California, Santa Barbara.
What do you really mean?
Hawaii is the Aloha State for good reason. The word is used to say hello and goodbye. However, literally, the real meaning of Aloha in Hawaiian is that of love, peace, and compassion. The word aloha is used in a combination with other words, such as aloha kakahiaka, which means good morning; aloha auinala used as a greeting that means good afternoon; and aloha ahiahi is how you can wish good evening in Hawaiian, according to To-Hawaii.com.
Paradise in the middle of nowhere:
They are located almost 2,400 miles from California, 3,800 miles from Japan, and 2,400 miles from the Marquesas Islands – from which the first settlers arrived in Hawaii around 300-400 AD. This explains why Hawaii was one of the last inhabitable places on earth settled by man, according to About Travel.
Steal at your own risk:
Tourists do it all the time, but many return the lava rocks because they, allegedly, bring bad luck from Pele, the goddess of fire, dance, lightning, volcanoes and violence. This legend is attributed to a disgruntled park ranger who was annoyed that people who kept taking rocks home. It is against the law to remove lava rock from a national park.
Feel free to add your own. 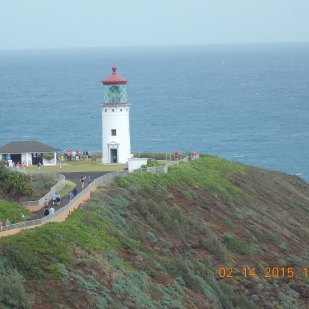 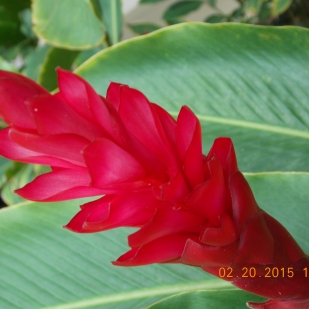 2 comments on “What You Might Not Know about Hawaii”