Posted by golfkat on April 2, 2019
Posted in: Cultures, Entertainment, Food, Shopping, Travel. Leave a comment
It is a typical “love-hate” relationship.  I love arriving at the airport, in anticipation of leaving, on time, on a nice flight, to a place I really want to visit.  I hate the flights with delays, bad food, rough flights, noisy seat mates, and uncomfortable seats.  As for the airport itself, some are better than others.
When I was a little boy, I fondly recall driving up to SFO with my Dad.  We were picking up my grandmother, coming back from a trip to her homeland, in Japan.  It was the most exciting event in my life, up to that point.  Why?  Because I imagined that it was me coming back from a far away land.  I was probably 7 or 8 years old at the time.  Maybe that was the moment I decided to become a traveler?
I have been in some really bad ones.  How about the Katmandu, Nepal domestic “terminal”, waiting for the fog to lift?  We wanted to see Everest, and the only way, short of a Base Camp trek, was flying over it on Buddha Air!!!!  The hangar (using the word kindly, and most liberally) rather spartan, the tea was weak, the toilets barely habitable, and the seats were both few and uncomfortable.  But we were there, voluntarily, knowing this was the routine for people wanting to see Everest in its bright and sunny glory.
And perhaps the best airport, my personal favorite, Haneda in Tokyo.  Yes, I rate it above Singapore’s Changi, which has many legendary food and upscale shopping options.  But I am looking to be entertained.  Haneda does that perfectly, starting with an Edo Period village in the terminal, outdoor viewing platforms, hundreds of yards of food shops, and a plethora of comfortable seating.  I did not need to use my United Club pass since the airport is just sublimely perfect.
But airports come in all shapes and sizes.  Some are quite small, others are monstrosities.  Some bore and some entertain.  Some make me spend money, some force it to stay in my wallet.  Some are great for people watching, some are just agony.
Then there is also my proverbial airport form hell.  Somewhere in Tanzania, as I recall, nothing but cyclone fences marking each gate, outdoors mostly.  And the same short little French couple, with their two short kids, talking constantly, with their heads bobbing to and fro.   Following us across south central Africa! They remain the most irritating people I have ever encountered at an airport.  They actually made the cyclone fenced area look good!
Once in a while, an airport will rise up and shock me.   Such as the case when we were in Lima, Peru, coming back home after Macchu and the Amazon.  Killing time at the airport, we had the best tomato soup, and ham and cheese sandwich EVER!  How does that happen?
Most of the time, my needs are quite simple.  A quiet place to sit, read, use my tablet or phone.  Maybe a water bottle, coffee, or beer depending on the time of day.  I am not asking for much.  The good outweighs the bad.  It is a trade off, much like other events in our lives.
I am sure each of you have a favorite, and also one to never set foot in again.  Feel free to tell me about them. 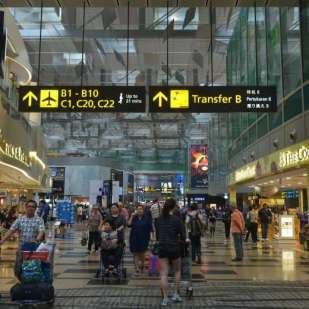 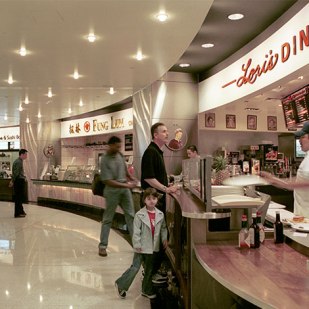 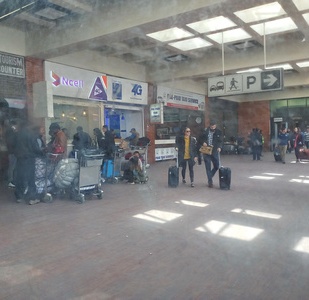