The Legend of Dracula

Posted by golfkat on May 18, 2019
Posted in: Action, Cultures, Entertainment, Travel. Leave a comment

“We Draculs have a right to be proud… I am the last of my kind” – Dracula, from Bram Stoker’s Dracula

Some say that Transylvania sits on one of Earth’s strongest magnetic fields and its people have extra-sensory perception. Vampires are believed to hang around crossroads on St. George’s Day, April 23, and the eve of St. Andrew, November 29. The area is also home to Bram Stoker’s Dracula, and it’s easy to get caught up in the tale while driving along winding roads through dense, dark, ancient forests and over mountain passes.

Would you believe that Dracula translated in Gaelic as Drac Ullah means bad blood?  Bram Stoker’s Dracula novel was published in Romanian for the first time in 1990.

Tales of the supernatural had been circulating in Romanian folklore for centuries when Irish writer Bram Stoker picked up the thread and spun it into a golden tale of ghoulishness that has never been out of print since its first publication in 1897. To research his immortal tale, Stoker immersed himself in the history, lore and legends of Transylvania, which he called a “whirlpool for the imagination.”

Count Dracula, a fictional character in the Dracula novel, was inspired by one of the best-known figures of Romanian history, Vlad Dracula, nicknamed Vlad Tepes (Vlad the Impaler), who was the ruler of Walachia at various times from 1456-1462. Born in 1431 in Sighisoara, he resided all his adult life in Walachia, except for periods of imprisonment at Pest and Visegrad (in Hungary). For more information about Bram Stocker’s Dracula Novel please visit www.literature.org/authors/stoker-bram/dracula/

I will let you read Stoker’s famous book for more details.  It is number 31 in the top 100 novels ever written.  You might remember the famous Romanian tennis star, ranked number one in the world back in 1973-74, Ilie Nastase? His partner in crime was Ion Tiriac, often referred to as the “Brasav Bulldozer” or “Count Dracula” himself.  My buddy, Dirty Pat, says Tiriac is now a billionaire, owns the car dealerships here.  He is from Transylvania!

Another similar character based on Count Dracula is Count von Count on Sesame Street.  He is modeled on Bela Lugosi’s interpretation of Count Dracula.  His main role on Sesame Street, for those of you not familiar, is to help educate children about simple math concepts.

Some sidelights or highlights, depending on your view of Dracula might be as follows:

Dracula may have been inspired by a nightmare.

Dracula might have been based on Stoker’s terrible boss.

Vlad the Impaler may have been an influence too.

Dracula’s castle was based on one in Scotland.

Lucy’s death scene was based on a real exhumation.

It was almost called “The Undead”.

Movies are what made Dracula a real star.

He has appeared in more films than any horror character.

So, if I run into him while in Romania, I will ask him to visit the White House.  They make a great pair!!!!

Other famous Romanians:  Nadia, of course, Dr. Ana Aslan (since I know so many Aslans from my hometown), Ilie Nastase and Ion Tiriac, the Unknown Soldier, pianist Radu Lupu, Ernie Grunfeld, Marta Karolyi, and Simona Halep.

Whatever or whoever I find, it should be an interesting stop nonetheless.  In many ways, that is what I enjoy, the unexpected!! 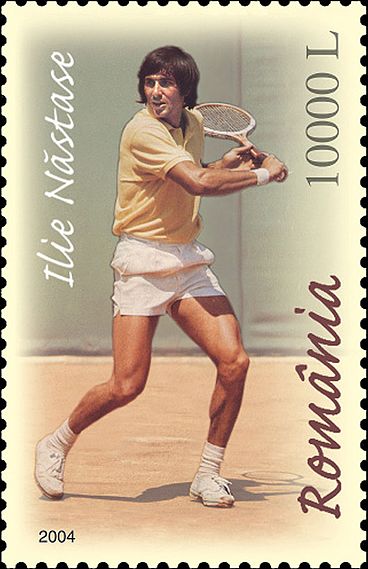