Posted by golfkat on May 19, 2019
Posted in: Cultures, Travel. Leave a comment 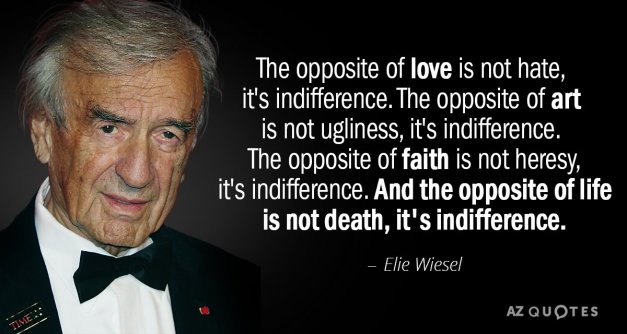 This rather small, obscure country has produced four Nobel prize winners:  Romania is home to four Nobel Prize laureates: George Emil Palade (medicine), Elie Wiesel (peace), Herta Müller (literature) and Stefan Hell (chemistry).  Of course, Elie Wiesel is the only one most of us are familiar with.

Mr. Wiesel made it his life’s work to bear witness to the genocide committed by the Nazis during World War 2.  He was the world’s leading spokesman on the Holocaust.  He was  a barely alive 17 year old when the Americans opened the camp, having lost his parents and a younger sister in the camps.

But he did not fight only to remember the Holocaust, he fought indifference, and saw it as a struggle for peace.  His words, “The opposite of love is not hate, it is indifference.”  He passed away in New York in 2016.  He won the Novel peace Prize in 1986.

Dr. George Palade was a Romanian cell biologist who won his Nobel Prize for Medicine in 1974.  He developed tissue preparation methods, advanced centrifuge techniques, and conducted electron microscopic studies resulting in the discovery of several cellular structures.  He was a Romanian-born American, and passed away in 2008,

Herta Muller won the Nobel prize for Literature in 2009.  Her literary works address an individual’s vulnerability under oppression and persecution.  She describes life in Romania under Ceausescu, who bred fear and alienation that messes with an individual’s mind.  She went into exile in German in 1987.  she is still alive.

Dr. Stefan Hell received the Nobel prize (share with two others) for Chemistry in 2014.  He used fluorescence to illuminate certain substances, particularly one method with one light pulse which caused florescent materials to glow.  It makes it possible to track processes occurring inside living cells.

The primary reason for even bringing up the Nobel winners from Romania is the “brain drain” from former Soviet bloc countries.  After the collapse of the Soviet Union, millions left Eastern Europe for the west, whether that was western Europe or the United States.  Romania lost about ONE-SIXTH of its population during this time.  The jobs offered in Romania do not compare to jobs outside of the country.  Adding to the problem are the ex-pats sending money home, making the remaining Romanians less inclined to work.

I will be interested to observe what is going on here.  Perhaps it will be a repeat of Russia, where I only saw youngsters smoking in the park, and old people waking around in a daze.  I really hope they have progressed beyond that.