I went to the Final Four in Dallas two years (2014) ago.  I went to a previous Final Four in Los Angeles back in 1972.  This mega event, as you can read below, has morphed into an event bigger than anything else in collegiate athletics.  And it is even more special this year.  My California Golden Bears made the tournament as the fourth seed (and lost).  And my adopted Fresno State Bulldogs made their first “Big Dance” since 2001 (and lost), by winning the Mountain West Conference Tournament in Las Vegas.  This year’s Final Four should be bigger and better than ever!

During last year’s shutdown due to the pandemic, the NCAA basketball tournament was not held, hence no Final Four.  The many men and women who play college basketball missed out on the biggest stage of your young lives.  This year has provided some redemption for their many years of hard work and sacrifice.  I hope they enjoy every minute of their moment in the spotlight.

Here is my story from 2014:
All sports fans know when I say Final Four, I mean the NCAA Division 1 basketball tournament, often called either “The Big Dance” or “March Madness”.  The 68 best collegiate basketball teams play a single elimination tournament to determine the National Collegiate Champion in basketball.

The tournament was started back in 1939, and has since been called, among things, March Madness, the Final Four, and The Big Dance.  Thirty two of the teams selected are conference champions.  The other 36 teams are selected by the NCAA Selection Committee.  The selected teams are divided into four regions, seeded based on record and strength of schedule.  After four games played by the lowest eight ranked teams, the remaining 64 play a tournament over three weekends.

The UCLA Bruins have won the most NCAA titles with eleven, ten of which were coached by a legend, John Wooden, often called, “The Wizard of Westwood”.  In fact, the first and only Final Four championship game that I have attended was in 1972 at the old Los Angeles Sports Arena.  UCLA was victorious over Florida State by a score of 81-76. 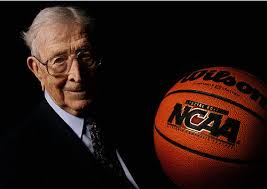 My California Golden Bears won their only NCAA Championship in 1959, over West Virginia, 71-70.  The star for West Virginia was Laker great Jerry West.  Cal had no real stars, but was coached by one of the best coaches of all time, Pete Newell.  The following year, Cal was the runner up to Ohio State. 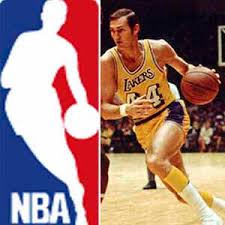 Do you see a resemblance?  Yes, it is Laker great and now Warrior exec, Jerry West, the logo for the NBA

The tournament has grown since I last attended.  The weekend of the Final Four is now an extravaganza much like Super Bowl Weekend.  Between the two semi-final games on Saturday, and the Final on Monday evening, numerous other events are held.  This year, the biggest event is a three day free music concert in downtown Dallas, headlined by “The Boss”, Bruce Springsteen and the E Street Band on April 6.

Officially, it is the March Madness Music Festival, to be held in Reunion Park, on a first come, first served basis.  I wonder what time I need to show up?  Other headliners for the three-day fest are Jason Aldean (it is Texas, after all), The Killers, and Tim McGraw.  I just want to see and hear ‘The Boss”.

Reunion Park is located in downtown Dallas, about 18 miles from Texas Stadium.  The Championship game will be held Monday, April 7. The Texas Stadium venue is also the site of the world record for basketball attendance.  The 2010 NBA All Star game drew a record crowd of 108,713.  I foresee a total madhouse.

My plan is to arrive Saturday, and make sure I secure a good place to hear “The Boss” on Sunday.  But also, when I arrive on Saturday, I plan to buy my tickets for the Championship game on Monday night.  But I will buy my tix from one of the two losing teams’ fans on Saturday, hopefully at a big discount.  As they walk out of the stadium, rather disappointed, I will take advantage of their utter disdain for all things basketball.  After all, 50% of all teams have to lose!!!

When I said the Final Four has grown, the entire CBS package brings $500 million to the NCAA.  The revenue is divided among the teams and conferences, based on a rather complex formula.  You can imagine back in 1972 when I last went, the TV contract was quite small in comparison, and there was no three day music concert.  My how things have changed.  I do not even recall a merchandise tent outside of the old LA Sports Arena.  A good time will be had by all!

PS: I do not have a favorite for tonight, but will root for both an exciting game, and the underdog.  This entire weekend is so different than my first Final Four.  My seat was in a luxury box, of all things.  And the food and booze were flying.  And I had the first $20 burger of my life, certainly Texas sized, I could only eat about a third of it!

Fast forward to 2016.  Only a single Number One seed made it to the Final Four.  Once our own favorite gets eliminated, I think we tend to root for the underdog.  No doubt these teams that make the Final Four often cheat like crazy.  The problems at both Syracuse and North Carolina have been in the news throughout the past year or more.  My feeling is that the schools should just pay the kids to play a sport, and make a space available in the classroom to the kids that want to be there!!

For 2021:  The west coast has risen again in basketball.  The Conference of Champions (Pac 12) had four teams in the Elite 8.  And now two west coast teams, UCLA, and Gonzaga will play in the Final Four!!!